In major victory for the organization, male supporters help group smuggle scroll across divide separating men and women at the site.

The Women of the Wall organization, which demands equal prayer rights for women at the Western Wall, celebrated another landmark on Monday, reading from a full-sized Torah scroll in a service to mark the start of the Hebrew month of Iyar.

The group said on its Facebook page that the scroll was smuggled into the women's section with the help of men, the Western Wall Chief Rabbi Shmuel Rabinowitz has banned women from taking any Torah scrolls into the area.

The scroll was taken into the area by male supporters of the organization and then smuggled across the mechitza (divide) between the enclosures for men and women at the Western Wall. 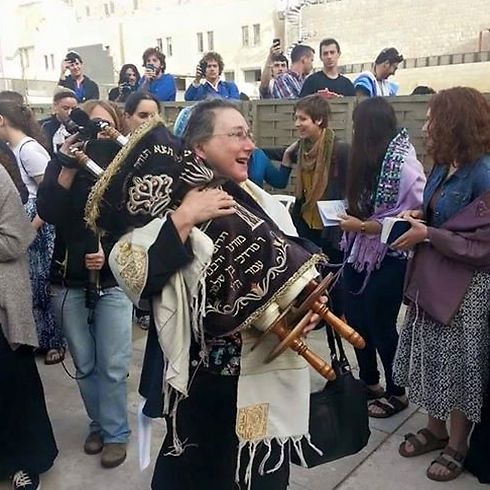 While men are given the use of 100 Torah scrolls, the group says, Rabinowitz has imposed a ban on any external scrolls being used at the Western Wall.

In October, the organization managed to smuggle a miniscule Torah scroll into the Western Wall women's section for hold their first ever Torah reading by a woman at the site. 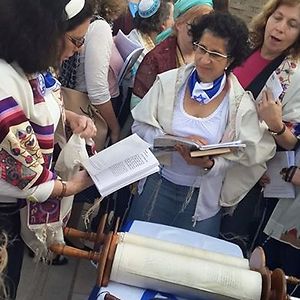 Rosh Chodesh prayers at the Western Wall on Monday (Photo: Women of the Wall on Facebook)

The tiny Torah was smuggled into the compound in a tallit bag owned by one of the group's members, and used for a reading at a bat mitzvah. The scroll was undetected by guards at the Western Wall who search all bags being taken into the compound.