Arab worker stabbed in Herzliya: I'm afraid to go back to work

Worker for Herzliya municipality who was attacked by man shouting 'death to Arabs' says: 'I believe in coexistence. Not all Jews are racists'.

"I saw death before my eyes," said on Tuesday the Arab municipal worker in Herzliya who was stabbed Monday by a man shouting 'death to Arabs'. The worker, a 27-year-old resident of northern Israel sustained light wounds and was released Monday night from the Meir Hospital in Kfar Saba. He was later summoned to the Gelilot police station for further questions regarding the incident.

Within hours of the stabbing, police said a suspect, a 35-year-old man from Herzliya, had admitted to carrying out the attack for nationalistic reasons.

The Arab worker criticized the police after claims were made by officers that his alleged attacker was mentally unstable. "The police are trying to treat the incident as a criminal case and are ignoring the nationalistic background," he stated. "I hope they take this case seriously and punish the perpetrator. If an Arab stabs a Jew, the entire country gets up for it and does not let him off the hook by saying that he is mentally unstable. Arabs have always been neglected. 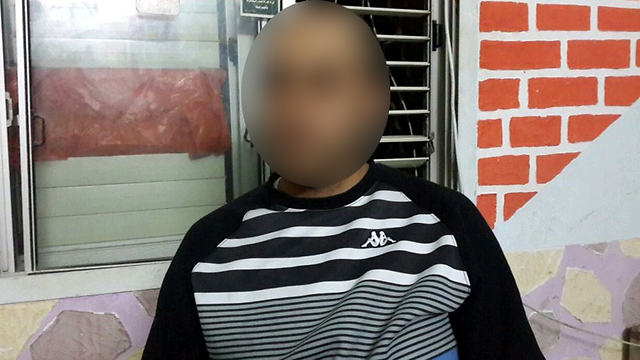 Speaking to Ynet, the man, who has been working for the Herzliya municipality for the past four years, recounted the attack: "A Jewish man with a kippah walked past me while I was working in the morning. I looked behind me and saw him approaching me, and then he stabbed me in the shoulder with his knife while shouting 'death to Arabs'. Feeling in danger, I ran away and he chased me for several meters before fleeing."

Dozens of the man's relatives and friends welcomed him with embraces following his release from the hospital. "Thank God that you came back to us alive," they told him. Meanwhile, the man has been struggling to come to terms with the experience. "This is the first time something like this happened to me. The residents of Herzliya are good and honorable people. I never thought about hurting a Jew because I believe in coexistence between Jews and Arabs. This case does not mean that all Jews are racists. If there's one man in a million who is racist, there is nothing one can do about that."

The victim says he is afraid to return to work. "It's hard for me to forget about the person who stabbed me. I will continue to follow the case because in my opinion it was an attempted murder," he said. 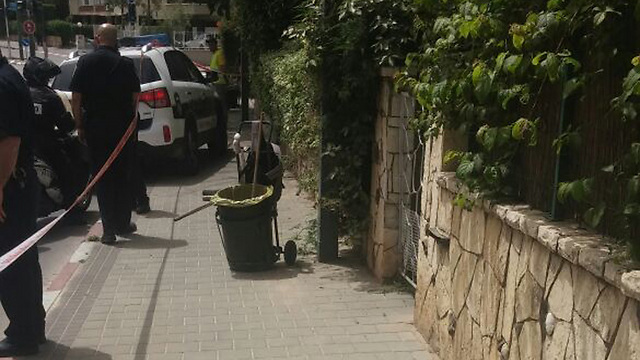 A resident of the man's village also criticized the conduct of the police: "We condemn the attack on a civilian. We have gotten used to hearing about an Arab stabbing a Jew and this time it is the other way around, and I don't think the police will treat the perpetrator the same way it would treat an Arab who stabbed a Jew in a nationalistic attack.

"It is time to eradicate the phenomenon of racism that constitutes a danger to people's lives and not wait for the next disaster to happen. Unfortunately, the government is underestimating this issue," he added.