Students of the Oranim Academic College in northern Israel, left a ceremony honoring fallen soldiers at their college outraged after Bob Dylan's 'Masters of War' qouted during speech.

Students from a college in northern Israel left a Memorial Day ceremony outraged on Tuesday after a speech quoted the lyrics of Bob Dylan's "Master's of War," which they misunderstood as calling for the death of soldiers. 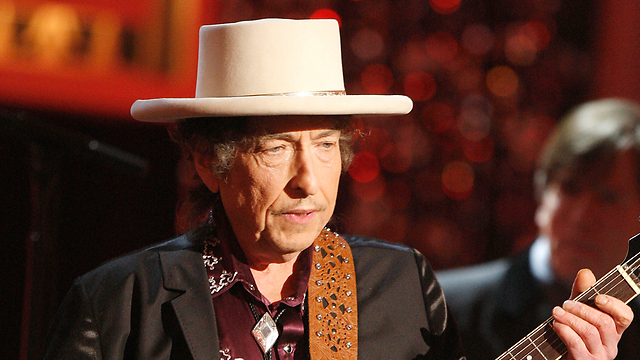 The following lyrics were quoted during the speech given at the Oranim Academic college by the head of the local student union:

"And I hope that you die

And your death'll come soon

In the pale afternoon

And I'll watch while you're lowered

Down to your deathbed

And I'll stand over your grave

The use of the song's lyrics, written by Bob Dylan in the 60s' about the Cold War, upset several of the students who attended the ceremony. "It is an embarrassment and shameful that the stage was given to this kind of hostile song on the holiest day during which we remember our soldiers, the heroes, who gave their souls for the homeland so that you could sleep quietly at night," wrote one student named Liat on the college's Facebook page. Another student wrote that the use of the lyrics "lacked respect for those who in their death gave us life. I'm ashamed to be a part of this." Other students encouraged each other to break out in mass protest against the use of lyrics. "The text calls for the death of generals," wrote a student. However, according to a statement by Dylan when talking about the lyrics of the song in the past, the song was meant to be pacifistic – calling for the end of war – and is not about soldiers, but rather those profiting from war. "It's not an anti-war song. It's speaking against what Eisenhower was calling a military-industrial complex as he was making his exit from the presidency. That spirit was in the air, and I picked it up," Dylan said in an interview with USA Today in 2001. Israel Maoz, another student at Oranim Academic College wrote: "You really have gone out of your mind with the reading to this text that is hurtful and lack any logic on the eve of Memorial Day for Israel's fallen soldiers. You do not have to make everything political. It seems as though the colleges are running a competition on which can be more radical with its positions against everything and its embarrassing." Other students called on the government to stop funding the college, while others even suggested that the college look for donation from the Palestinian Authority.

The colllege's student union, who organized the event, offered its response to the controversy. "The song clearly represents an anti-war stance and does not call for violence, partisanship or incitement."

The student union added that the "song expresses the feelings of large sections of Israeli society and in general is legitimate and should not be interpreted in a way that could be seen as hostile, violent or provocation for provocation's sake or even as an anti-establishment statement.

"The song does not refer to any specific group in Israeli society, overtly or covertly (not IDF soldiers, political party or public figures)," the student union said.

"It expresses one of many emotions that awaken during a time of grievance and anger about those killed during war. But once this position was presented, which evoked emotion and controversy; it must be handled with sensitivity and responsibility, as is expected by an academic institution whose heart is educational engagement."