President Reuven Rivlin and predecessor Shimon Peres recall the hope, joy and fear that accompanied the establishment of the Jewish state in 1948.

I was nine when the state was founded. On November 29, 1947, after the UN vote on the Partition Plan, all of Jerusalem flocked to the square outside the Jewish Agency on King George Street. From Beit Hakerem and the Bucharim Quarter, from Beit Yisrael, Rehaviya, from Sha'arei Hesed, Beit Kadima and Neve Sha'anan – all of Jerusalem rose up, as one, prompted from within. Everyone wanted to be together. 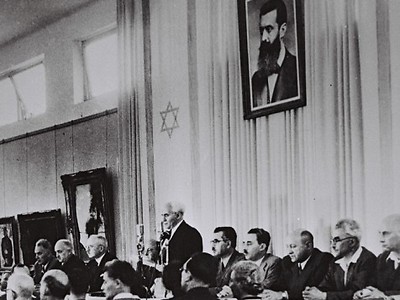 Then came the war. In those days, the term, "to defend one's home," wasn't a metaphor, but a very concrete reality. We would hear the gunfire from the Katamon neighborhood; there were families whose children were killed. Every resident of Jerusalem was living in a neighborhood that was on the frontline.

Every guy, and sometimes even children, was fit to carry a weapon. We were anxious, afraid; but the thought that we may not succeed never crossed our minds. From the moment the UN issued its declaration, our lives were a mixture of worry and joy. We were part of a generation that fought a war of existence, for which it was a question of to be or not to be; and yet we had no doubts. Our faith was whole, and so too were our determination and hope. We knew that the State of Israel had been established – and that it was a concrete reality.

I was born into a generation for which hoisting the state flag was not something to be taken for granted – and it never will be. Even today, when I see the flag raised to the top of the mast, I choke on my tears, just like the nine-year-old boy I once was did.

The hope, of two thousand years, is what inspired the generation of the 1948 fighters. Hope guided it towards the fulfillment of the Jewish nation's deepest dream since its birth. Today – after 67 years of independence free of persecution, of dependence on the sense of justice of foreigners, of the constant sense of homelessness – even today, with our national home standing strong, our need for independence and hope hasn't ended.

I'm talking about a new kind of independence – independence from fear, independence to dream and hope. True, there is cause today, too, for concern, for alertness and vigilance: We have real enemies and face real threats. In this past year alone, we have lost heroic and beloved sons and daughters in a battle for the south and in horrific terror attacks. And yet, today, just like back then, we won't allow fear to dictate our lives, to imprison us a society and as a country.

Hope is the profound opposite of fear. It allows each and every one of us to find our inner strength, and to picture a future that is better than the present. On this Independence Day, I wish hope for each and every one of us – the hope that this home we have built with blood, sweat and tears will afford a life of dignity and well-being, of fulfillment and meaning to all its inhabitants.

On this Independence Day, I wish hope to all of Israeli society – hope for the secular, the religious and the ultra-Orthodox, for Jews and for Arabs. I wish hope for the State of Israel – the hope that it can serve as a home to a free people; free not only of enemies and threats, but free to develop more and more. 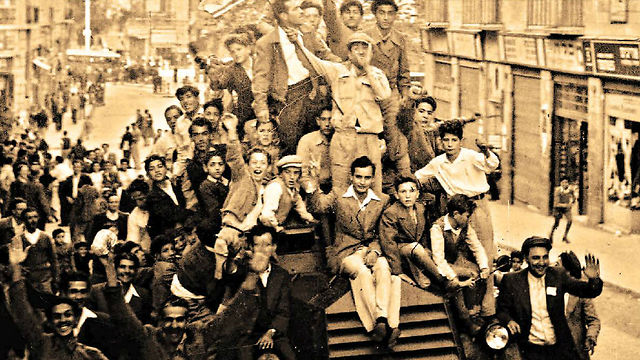 Impromptu street celebrations in Jerusalem after Israel declared independence in 1948

Shimon Peres – There was no time for celebrations

Regrettably, on the day of the declaration, when the decision to establish the State of Israel fell, I was unable to join the festivities. A few months earlier, David Ben-Gurion had asked Kibbutz Alumot, where I was a 23-year-old shepherd, to release me from my work in the fields for the purpose of joining the Haganah headquarters and helping to strengthen the security system of the country that had yet to be established.

I received three Israeli lira to purchase an Egged bus ticket, and that's how I got to the headquarters. I listened to the radio, I heard Ben-Gurion declare the establishment of the state, and I was moved to tears. That night, while everyone was dancing and rejoicing in the streets in white shirts, a grim-faced Ben-Gurion paced around the room inside and said: Today, they're dancing; tomorrow blood will be spilled. And indeed, the day after that fateful day, the war broke out and the first victims fell. 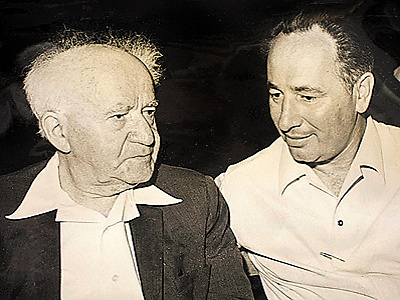 During those initial hours, I was engrossed in sending urgent telegrams all over the world and in forging legal ties – and also some that were less so. We employed thousands of tricks in an effort to speed up the arms shipments that were so vital for us, like oxygen, for an impoverished country that had just then risen and was already fighting for its life.

We had an army before we had a country. I remember well how Ben-Gurion asked me to take a seat at the desk of the first chief of staff, Yaakov Dori, who had a folded note in his pocket. He was pacing around the room restlessly, and kept on pulling out the note that listed the state-to-be's arsenal – a few thousand rifles, a few hundred machine guns, a few dozen mortars and four artillery guns. And facing us, don't forget, were seven armies and 40 million Arabs with artillery guns, tanks and planes.

From where I stand today, I view Israel with immense pride, and I see that Ben-Gurion's biggest mistake was that the dream, in the end, was smaller than the reality, which is a strong and developed country, with a wonderful generation of sons and daughters who make me burst with pride.