'In the future, we will see more and more Israelis over the age of 100'
Photo: Shutterstock

Why do Israelis live longer despite stress?

We are surrounded by enemies and threats, face a difficult economic situation and are under a lot of pressure, yet Israel is one of the countries with the highest life expectancy; a psychologist, a sociologist and a geriatric physician try to explain why.

Sixty-seven years after its establishment, the State of Israel is still facing many threats. Israelis live in a constant state of stress due to military operations, a nuclear threat and a shaky economic situation. Nonetheless, Israel is among the countries with the highest life expectancy in the world. The latest report put Israeli men in the fourth place in the world with an average life expectancy of 80.2 years, after the men of Iceland (81.2), Switzerland (80.7) and Australia (80.5). Israeli women ranked 10th with a higher life expectancy than Israeli men (84 years).
Recent Study
Good news: Israelis are living longer
Gad Lior
Average life expectancy in 2013 was 80.3 years among men and 83.9 among women, Central Bureau of Statistics figures show. Gap between males and females in Israel is among lowest in the world.
Israelis are living longer
An overall calculation of both sexes puts Israel in the third place with an average of 82 years – alongside countries like France, Spain, Sweden, Norway, New Zealand, Monaco, Luxemburg and Cyprus. Japan has the highest life expectancy (84), followed by Australia, Italy, Singapore, San Marino, Switzerland and Andorra in the second place with an average of 83 years. We asked three experts to try to explain what makes Israelis survive the daily difficulties, overcome the different obstacles, fears and threats, and live longer.

"We are in a constant state of fighting," says medical psychologist Efi Gil. "Since the state's establishment to this very day, we have been experiencing outbursts of fighting, the Iranian nuclear program stresses us out, soldiers walk around with weapons, and the Israeli population has developed a mechanism of adapting to the existing stress.

"If an Australian comes here, he may be alarmed by the weapons on the street, but here it's a routine matter. Compared to other countries, the Israeli society has gotten used to living alongside war and we are not so scared of of traumatic events. The group cohesiveness vis-à-vis extreme threats is very high here. "During Operation Protective Edge, for example, thousands of Israelis donated and helped soldiers. It happens on the individual level as well – the family cohesion creates strength. In different populations, depression is often caused by loneliness, while the Israeli society is characterized by warm relationships. 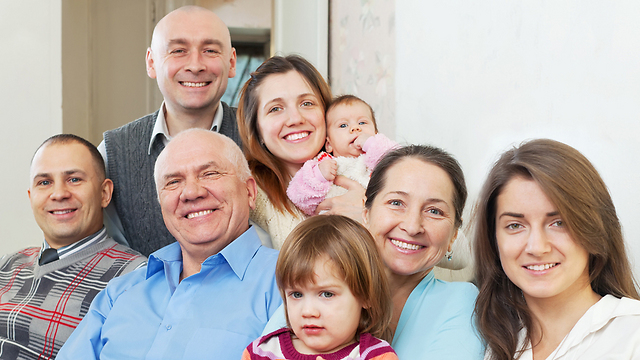 Gil adds that alongside the relatively high resistance to existential threats, one of the most significant causes of longevity in this country is the Israeli warmth: "We have close relations with our family members. We live relatively close to our parents and siblings, just a few minutes to two hours away from each other. They help maintain a warm relationship.

"The existence of social support in Israel has a major influence on people's mental state and personal strength as well. We can drop by our friends' house for coffee without warning, or offer our friends a shoulder to cry on at any given moment. The warm friendly relationship here is a significant element in our survival, much more than the economic situation.

"Studies have shown that economic wealth doesn’t lead to happiness, because people who have made a leap in life have also changed their environment, and will continue to compare themselves to people in their new status.

"There is no doubt that poor people are much more miserable. But in the middle class, a rise in a person's salary level doesn’t create more happiness. On the other hand, all studies show that social support, close friendly relations and family warmth are the exact elements which cause happiness, and likely a higher life expectancy."

Prof. Gabi Ben-Dor, a sociologist from the National Security Studies Center at Haifa University, has been conducting the "national strength survey" for 15 years now, which reveals details on the perceptions of Israelis from all sectors and populations about their life in the present and in the future.

The results, he says, have been consistent over the years, pointing to a crucial parameter: The average Israeli's high level of optimism.

"The public here lives with a high level of fear of terror, conventional attacks and threats, but is very surprising," says Prof. Ben-Dor. "On the one hand it is afraid, and on the other hand it believes that things will work out in the future.

"It's not so much because we have successful leaders, but because the Israeli society is basically healthy. People here are proud to be Israelis, believe in values and believe that we will manage to face the threats in the future as well.

"In other countries, people are less confident and less optimistic about the future. They live here and now, grab whatever they can get with a lot of hedonism. They may have a better economic life, but it's not as good in terms of values. That's why their life expectancy is lower than ours."

"Optimism affects the quality of life. People want to live, fight wars, traumas, injuries, bereavement, because they believe it will pay off in the future and is the right thing to do," he says. "It's a fact, for example, that the emigration rate from Israel is still low even after the recent Berlin craze.

"People may be less optimistic here and there, but in the 15 years of this survey we see a high stability of the optimism index, which is deeply rooted in the national character. It doesn’t stem from faith in the leaders but from something very basic and deep – from faith in the Israeli society and a sense of pride over the State of Israel."

We are familiar with these difficult sights: Elderly people lying in hospital corridors, an empty fridge and hunger. Thousands of elderly people in Israel live in poverty and face collapsing medical services, but the majority of senior citizens here lead a reasonable life.

"All in all, things are very good here for the elderly," says Prof. Devora Lieberman, director of the Department of Geriatric Medicine at the Soroka Medical Center in Be'er Sheva. "We see elderly people hospitalized here from all sectors, all sexes and all socioeconomic classes, even the most difficult, yet they aren't neglected. It's true that they sometimes have to wait in line for many hours, but the medical services here are pretty good. "The health maintenance organizations conduct quality measures for each patient, and the family physician ensures that every elderly patient undergoes the regular periodical checkups and receives the required medication. "People are much more aware of preventive medicine today, receive vaccinations which prevent serious diseases and live longer, consuming proper nutrition rich in fibers and low on sodium and fat. 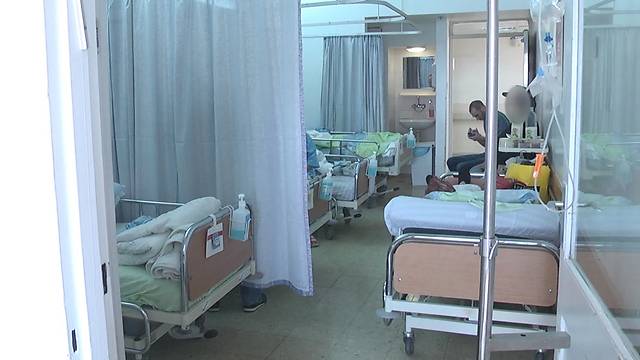 A long wait and beds in the hospital corridors, but high-quality medicine

"The Nursing Law allows every elderly person to receive the help of a caretaker who does their shopping, helps them shower, cooks for them and brings them medication. The HMOs send the family physician and nurse on house calls to disabled elderly people. It may not be enough, but it's a huge contribution.

"Even when an elderly person is hospitalized, the considerations are made according to the case in question. We will never say that a person is too old to receive a medication or treatment. We will do everything it takes to save anyone, prolong their lives with dignity and minimum suffering. "There is no doubt that in the future we will see more and more people over the age of 100, and we always ask where is the limit. A person has a right over his body, and some of them often say that their body is betraying them, that longevity makes them suffer. We try to improve the elderly people's quality of life, and the medicine knows how to significantly prolong their lives. "The basic desire to live exists in almost every person, but there are cases in which the elderly person loses his humanity, his quality of life suffers, he loses his independence, as well as his desire to live forever."