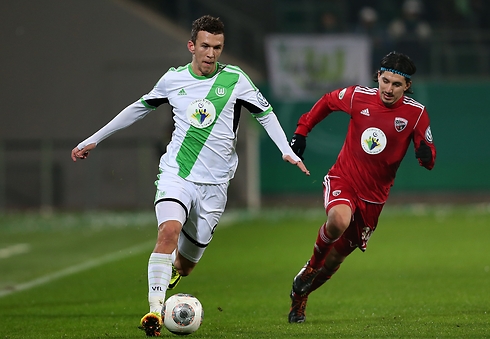 Berlin's police has apologized for preventing the display of the Israeli flag during a soccer game in the German capital. During Sunday's second division game between Berlin's 1. FC Union and FC Ingolstadt, police ordered fans to remove an Israeli flag they had unfurled in support of Almog Cohen, an Israeli player with the Ingolstadt team.

Cohen tweeted on Sunday in Hebrew, "Today an Israeli flag was removed from a game against Berlin's Union. A flag belonging to German fans and banned by a local security guard. 'Without Jewish flags,' he said.

"I saw how our fans were taking down the Israeli flag. They told me that they did so on the orders of the police," Cohen told the German daily Bild. "I asked if the flags of other countries were also prohibited. He told me, 'No, only the Jewish flag.' That shocked me."

Police president Klaus Kandt said Monday that ordering the fans to put the flag away was a mistake by the police officer on the scene, who interpreted the display of the flag as a prohibited political statement.

Kandt said that, "It's the police's job to protect the freedom of expression. The demand to roll up the flag was the incorrect decision for which I apologize to all those concerned."