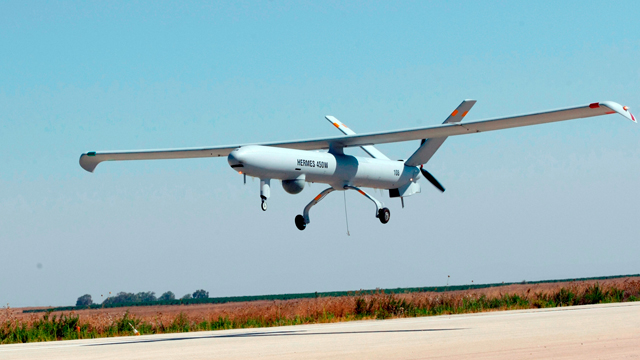 The Hezbollah-affiliated television channel Al-Mayadeen and foreign media outlets quoted a message issued by the Sudanese army saying that Sudanese forces shot down an Israeli unmanned aerial vehicle north of the capital of Khartoum overnight Tuesday. Sudanese citizens reported hearing loud explosions during the night. Officials in the Sudanese army arrived at the scene of the strike.

The Al-Araby al-Jadeed newspaper reported overnight Tuesday that "foreign planes" had struck a target in Omdurman, in the capital state of Khartoum, citing Sudanese military officials described as "credible".

According to the report, which has not been officially confirmed, a military source said that "members of the Air Defense Command in Sudan hit targets, with the assumption being that the strike was carried out by a warplane in the area of Wadi Seidna in the city of Omdurman."

The Sudanese Army spokesman Colonel Al-Sawarmy Khaled Saad said in an interview with Arabic-language Sky News Arabia news channel on Wednesday that the army's Air Defense systems intercepted overnight Tuesday a "moving object that resembles a plane or a rocket' in the area of the city of Omdurman.

In contrast to reports in Arab media outlets, the spokesman denied the military facilities were targeted by a domestic or foreign source. He claimed that the Air Defense forces intercepted the object after finding it suspicious.

According to the report, senior officials in the Sudanese army arrived at the scene of the strike but have yet to ascertain the target of the attack.

Witnesses in Omdurman said they heard explosions near a military bases and that a number of houses were shaking. A police official said that a citizen called a local police station and reported seeing a "glowing entity in the sky".

A witness who lives near the site of the attack told the Sudan Tribune newspaper that he had seen a "flame in the sky and the house shook. It started at around 10:30 pm. I didn't hear airplanes in the area." The strike was also reported by Saudi Arabia's Al Arabiya news network.

IAF planes reportedly struck targets in Sudan in the past. On one occasion, an Israeli plane allegedly targeted an ammunition warehouse in Khartoum.