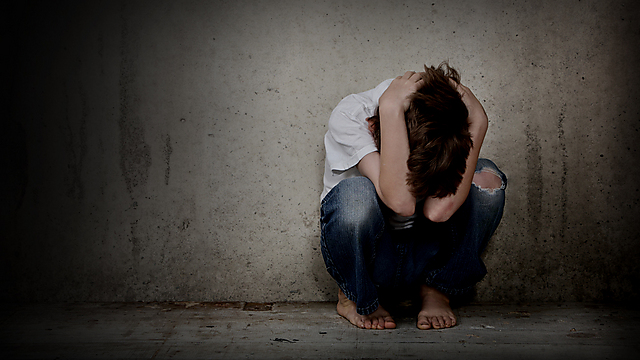 Abused and neglected, child victims fall through the cracks

Three-year-old beaten with a hose ignored by welfare services; 12-year-old was sexually abused, but authorities failed to make contact; comptroller's critical report is no surprise to those who work in the field.

"The report did not surprise anyone who works in the field," Dr. Hanita Zimrin, chairperson of ELI, the Israel Association for Child Protection, said Wednesday, referring to the State Comptroller's report published Tuesday that revealed severe shortcomings in the treatment given by authorities to child abuse victims.

"After these thousands of children experienced betrayal from the people closest to them, they are betrayed by the country once more," Zimrin added.

According to the report released Tuesday, there is no regular, systemic and free program to treat minors who have been subject to sexual or physical abuse, despite the fact that thousands of children and teenagers suffer from abuse every year. The lack of adequate services can worsen existing trauma, the comptroller wrote.

"There you go, I reported it and nobody cares," G., a teenager who suffered abuse sums up her experiences. (Photo: Shutterstock/Illustration)

One example given was that of six siblings who were sent to a social worker after repeated reports of violence by their parents throughout 2012. The social worker requested in November 2013 that treatment be expedited, but the official go-ahead didn't come until April 2014 – and the treatment had still not begun by the time the report was written.

Over the past several months, professionals in the childcare sector notified the Israel National Council for the Child of severe deficiencies and inadequacies in the treatment given by welfare services. One of the reports dealt with the authorities' treatment of R., a three-year-old girl who suffered physical abuse.

At the end of 2013, the welfare services in the child's community received a report that she had arrived at kindergarten with serious bruises to her face and body. The incident was reported by phone to the welfare services, but was not treated by the authorities.

Two additional incidents that occurred in 2014 were reported by phone to the welfare services, but were also not handled. In June 2013, the same person who had notified the services of R.'s bruises filed another report with the same information, adding that he had come to understand that without filing the report in writing and sending an additional copy to the district supervisor, nothing would be done.

The report also included pictures of the bruises. The investigation that was finally conducted found that R.'s parents had regularly tied her up and beat her with a hose.

The authorities' negligence in properly handing the case of G, a 12-year-old girl who had been sexually abused by her mother's partner, is equally egregious. G. completed the process of giving testimony by March 2014. She sought treatment and filed various reports with the welfare services regarding the issue. However, even after five months, the department had neither contacted her nor helped her get treatment following the abuse she had suffered. "There you go, I reported it and nobody cares," G. summed up her experience by saying.

Another report received by the services deals with G,. a 17-year-old who had notified the authorities of ongoing mental and physical abuse he and his three brothers had received at the hands of his mother and her partners. He decided to report what was happening in his family after his 13-year-old sister S., made suicidal remarks.

Six months ago, the Council contacted Welfare Minister Meir Cohen and warned of the lack of treatment and monitoring (Photo: Index Open)
The two brothers told of many years of mental and physical abuse, as well as loneliness. In the past, two reports were filed with the city's welfare services in light of S's suicidal thoughts and the mother's violence. These reports were not dealt with.

G. and his sister S. gave testimonies about their experience in June 2014. A detailed report on the matter was then transferred to their city's social services department. In addition, several phone calls regarding the siblings' situation were made to welfare administrators stressing the need of a rapid intervention. However, it was only towards the end of July, after many appeals by G. to the welfare department that a social worker invited him to her office for a meeting.

The deficiencies in the treatment of T.'s case, an 8-year-old girl who reported of sexual abuse by her father, were similar. Her parents are divorced, and her mother suffered a great deal of violence from her husband during their marriage. For about four months, the mother contacted the welfare department for help in making decisions that would protect her daughter, but her requests were left unanswered.

Dr. Yitzhak Kadman, General Director of the Israel National Council for the Child said that "the country is single-handedly causing a situation in which children, who have already been through abuse and came to the attention of the authorities, will become victims of abuse again only because of ongoing deficiencies. The protection centers should be a link in a chain and not stand alone."

The State Comptroller's report also pointed to the delayed establishment of child protection centers, where professionals diagnose and assess the situation of children. This, he said, was another shortfall.

Six months ago, the Council contacted then-welfare minister Meir Cohen to alert him to the lack of treatment and monitoring, which they said has caused repeated, severe damage to children who had turned to the child protection centers.

NCC's Director, Dr. Kadman: "The protection centers should be a link in a chain and not stand on their own" (Photo: Mark Neiman, GPO)

By law, eight such centers were to be established by April 2011, but that did not take place within the alloted time. Instead, the law was changed and the establishment of the centers was delayed until April 2013. But again not all centers were set up on time.

The establishment of two other centers in Netanya and Safed was delayed for a long period, and de facto frozen due to the dissolution of the Knesset, absence of a welfare minister and a delay in passing the State Budget.

The Israel National Council for the Child demands that the government act immediately to establish two additional protection centers. Dr. Kadman said that it was critical for every large city in Israel to have a child protection center.

"The eight centers enshrined in law are the minimum of the minimum and their establishment is being delayed by intolerable bureaucratic foot-dragging that has been going on for years," the council's director said. "The result is inevitable damage to children who became victims of abuse and do not receive this service."