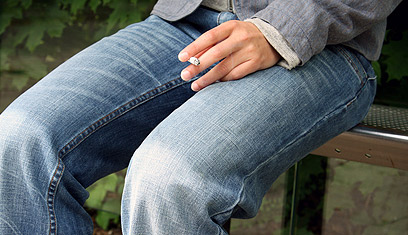 8,000 Israelis die of smoking every year

Thousands of Israelis die every year as a result of smoking, according to a Health Ministry report issued in honor of World No Tobacco Day, which is being marked Sunday. Second-hand smoke exposure was reported by about one-third of the survey's respondents. The damages of smoking to the Israeli economy and health system are estimated at billions of shekels a year.
Dream Cure
Israeli scientists help you sleep your way to less cigarettes
Ynet
New research by scientists at Weizmann Institute shows that smelling nasty smells while sleeping can help smokers reduce their cigarette consumption.
Israeli scientists help you sleep your way to less cigarettes
The latest World Health Survey published in 2014 revealed that the rate of smokers among Israelis over the age of 21 is about 19.8%. According to the Central Bureau of Statistics' 2013 Social Survey, the rate of smokers in Israel was 23.1% that year, while a survey conducted by the Israeli Center for Disease Control (ICDC) in 2013 found a rate of 18.7%. A breakdown by gender found that 27.3% of Israeli men and 12.6% of Israeli women smoke. A breakdown by nationality found a smoking rate of 26.3% in the Arab population and 18.4% in the Jewish population.

Slight increase in smoking rates since 2013

More than half of the smoking men, both Jews and Arabs, reported that they consume 10-20 cigarettes a day. The number of women who consume less than 10 cigarettes a day is higher (about 40%) and similar in the two populations.

According to Health Ministry report, 27.3% of Israeli men and 12.6% of Israeli women smoke (Photo: Shutterstock)
By 2005, smoking rates decreased to about 30%, followed by another drop to 21%. Since 2013, there has been a slight increase in smoking rates. In total, the past 35 years have seen a 48% drop in smoking rates among Jewish men in Israel. On a global comparison, the smoking rate among men in Israel (27.3%) is slightly lower than the European Union average (28.5%). The smoking rate among women (12.6%) in Israel is also lower than the EU average (17.7%). About 35% of the non-smoking respondents reported that they have been exposed to passive smoking: About 30% of the Jews and more than half of the Arabs, mostly at home (among women) or at the workplace (among men).

According to experts' estimates, smoking is responsible for about 8,000 deaths in Israel every year, about 700 of them among passive smokers. In addition, smoking constitute a heavy economic burden, as the direct and indirect cost of the damages of smoking to the health system is estimated at NIS 1.7 billion (about $440 million) a year.

Israeli households spend more than NIS 8.2 billion ($2.12 billion) on tobacco and smoking products in 2014. In households which belong to a low socioeconomic class, this expense could reach 25% of the household's total monthly income.

The main theme of this year's World No Tobacco Day is stopping illicit trade of tobacco products. In the past year, the Allenby Bridge customs workers thwarted attempts to smuggle about 40 tons of tobacco worth some NIS 24 million ($6.2 million) through the border crossing into Israel and the Palestinian Authority. In addition, they seized about 1.3 million cigarette packs which filled up some six shipping containers.

Health Ministry officials note that illicit trading of tobacco is a source of funding for terror organizations like Hezbollah and the Islamic State. In addition, the illegal trade increases the availability of cheap tobacco products in the market, encourages smoking and negatively affects the state's income from taxes.