US Secretary of State Kerry 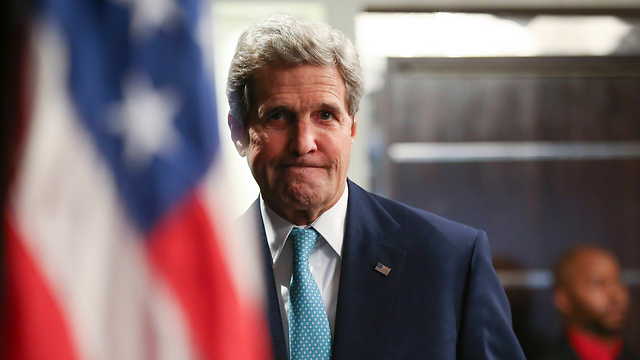 Kerry owns million-dollar stake in Noble Energy Corp., which is currently fighting for the right to maintain a duopoly with Delek Group over Israel's natural gas fields.

According to official filings, US Secretary of State John Kerry holds a very large sum of shares in the American gas company Noble Energy Corp., one of two key partners in Israel's gas reserves. According to his declaration of assets, his shares were worth more than one million dollars at one point. A quick scan of Kerry's previous declarations of assets shows that he has held these shares for at least 10 years, and that the shares' value has fallen recently, possibly due to declining oil prices.

Last December Israel's Antitrust Commissioner David Gilo notified the government that he did not approve the Delek Corp. - Noble Energy duopoly over the Tamar and Leviathan gas fields. Around the same period a report was published that  Kerry had called Prime Minister Benjamin Netanyahu and asked him to take care of the regulatory conflict.

US Secretary of State Kerry (Photo: AP)
Kerry is thought to be one of the main driving forces behind the agreement that was meant to be signed between Nobel Energy, Delek Group and the Jordanian Government on supplying gas from the Leviathan field to Jordan. In September 2014 an agreement was signed outlining the principles between the sides and the Israeli government. In January 2015 Kerry was supposed to attend the final signing ceremony. This did not happen, however, as the ceremony was cancelled after the anti-trust commissioner's decision, thus prompting Kerry's call to Netanyahu.

A Knesset battle is ongoing, as Prime Minister Netanyahu has pushed the final decision-making process over the future of Israel's natural gas behind closed doors. Netanyahu has opted to hold all future decision sessions in the security cabinet because of the international and strategic nature of the gas fields.

Opposition politicians have decried the move as a way to bypass antitrust decisions, and take the debate away from the public representatives. The move has led to several protests and is seen as a way to support a continued monopoly over Israel's gas.

John Kerry is one of the richest politicians in the US. According to his Capital Declaration, the overall worth of his assets in 2013 ran between $80-147 million. Kerry is married to Teresa Heinz, the widow of Senator Henri John Heinz, one of the Heinz heirs. Her net worth is estimated to be more a billion dollars. The net worth of Noble Energy Corp. stands at around $17.3 billion. US politicians are allowed to manage their investment portfolios under certain restrictions that meant to prevent insider trading, According to the Wall Street Journal, these restrictions were tightened in 2013 after fears emerged that several public officials used internal information to conduct insider trading.