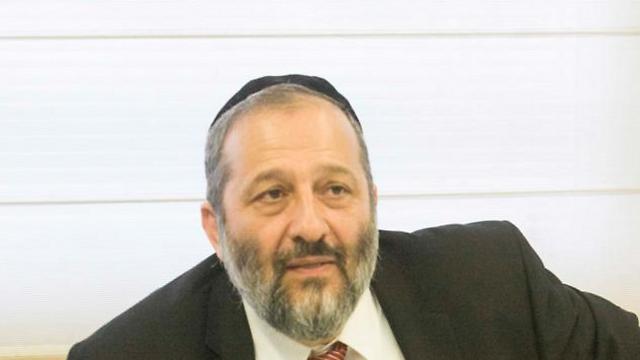 "This isn't the end of it, there are changes that need to be made," Deri said during a tour of the Gaza border communities.

Deri decided not to use his authority as economy minister to bypass the antitrust regulator and approve the proposed plan, which led to the need to seek both government and Knesset approval of the plan, and as a result also to releasing the plan to the public.

According to the proposed plan, Israel's Delek and Texas-based Noble Energy will continue to own Israel's largest natural gas field, Leviathan. However, Delek, through its units Delek Drilling and Avner Oil Exploration, will have six years to sell its entire 31.3 percent stake in a second large field, Tamar, and Noble will have to trim its stake in Tamar to 25 percent from 36 percent. The companies will also be forced to sell two smaller fields, Tanin and Karish, within 14 months. The government will set a price ceiling and the deal will remain unchanged for 10 years.

"The deal is good for Israel and its citizens," Steinitz said on Tuesday while presenting the plan. "It is reasonable, but difficult for the energy companies."

The minister added that as a result of the agreement, Israel will earn "around $100 billion, which will go to education, security, and welfare in the upcoming decades."

Deri, meanwhile, said that "no one said the plan was good, even those who defend it say it's the lesser of evils. This plan could be a starting point for discussion, changes need to be made: The issues of the prices, the supervision and inspection."

The draft was also delivered to National Economic Council head Eugene Kandel, and former Antitrust Commissioner David Gilo, who resigned from his position over his objection to the proposed gas plan made public on Tuesday.

Shapira asked those under examination to turn in their answers and responses to the report within a week, although normally a longer amount of time is given for this. The State Comptroller's office stated Wednesday evening that the shortened schedule is designed to help the government make their decision as soon as possible.

In the event that the names of those under examination are sullied in the wake of the report's conclusion, they are likely to request a hearing to prevent the report's rejection. In such a case, Shapira will publish his report after one-to-two weeks.

The comptroller's announcement comes just one day after he demanded that the government's decision on the plan be given only after the publication of his report on the subject.

"Given that I intend to give you and others under examination an updated draft report on the issue of the development of the natural gas sector later this week, I would be grateful if you would ensure that the government's decision on the plan will be taken after the report's publication. It should be noted that I intend to act so that the report will be published, to the extent that it is in our control, as soon as possible," Shapira wrote in a letter to Steinitz.