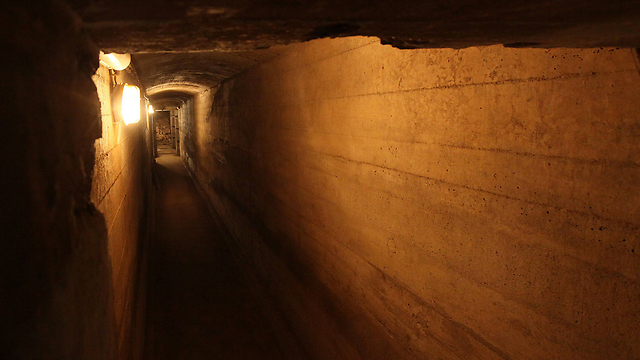 Man claims to locate huge underground structure built by Nazis to protect thousands, says he has gathered evidence over decades.

A Polish explorer claimed Friday he has found a massive underground structure in southwestern Poland that, he says, the Nazis built to protect thousands of people.

Krzysztof Szpakowski told a news conference that he has no doubt as to his find, which he says was based on evidence that he has gathered for decades, including witness statements, old documents and an examination of the area by ground-penetrating radar and by dowsers.

Speaking on TVN24, Szpakowski said the structure was part of the "Riese" (giant) system of railway tunnels, corridors and shelters that the Nazis were building during World War II in the mountains around the city of Walbrzych.

He said that anything from technical appliances to armaments could be inside, but "not a gold train."

His conference was hosted by Walbrzych regional authorities, who said they have officially registered his information and are seeking state funds for the exploration.

Last month, two other men sparked a gold rush by claiming they have fund a tunnel at a separate location in Walbrzych that contains a Nazi train that could be carrying valuables. Now they say it could be rather precious minerals for the war industry. Nothing has been found yet.

Historians say there are dozens of kilometers of tunnels and only 10 percent of them have been uncovered. No documents have been found to indicate their overall purpose, but they have attracted explorers and inspired legends of a hidden Nazi train laden with gold.

The region was in Germany until the war's end and then became part of Poland. The Red Army resided in the area for some 18 months after the war before handing it over to the Poles.