Israel's southernmost city offers divers the chance to get up close and personal with some of nature's most beautifully designed creatures, which also happen to carry a deadly punch.

Sometimes when I'm diving a small blob of color will randomly catch my eye, psychedelic and varied, making its way slowly along the seafloor, lacking the typical fear of predators.

I really enjoy spending time with them, examining them from up close while they go about their slow routines. I make sure to notice every little detail; the creatures seem like little works of art created by nature's vivid imagination.

Every one of the snails has a special pattern

The average slug measures about 4cm in length, and we know about nearly 4,500 species living in the world's oceans, although we are constantly discovering new species. About 140 species are known to live in Israel's waters, from the Mediterranean coast to Eilat. Every species shares some common traits, but are very different in their own unique patterns and colors. 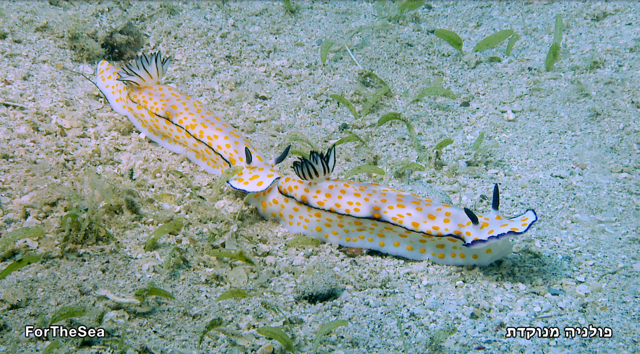 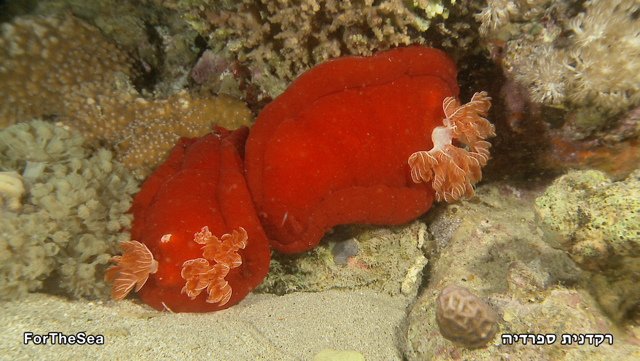 They are survival experts, and there is evidence which suggests that their forefathers have existed on this planet for about 185 million years, in comparison to the four million years that humans and our predecessors have existed, their honor remains in place.

They belong to the slug family, and their scientific name Nudibranchia, comes about as a result of the combination of the Latin words nodus- which means naked, and the Greek word brankhia – meaning gills. Thus the origin of the Hebrew name "hasufit," meaning exposed or naked. The flower-like gills atop their backs allow them to draw oxygen from the water. 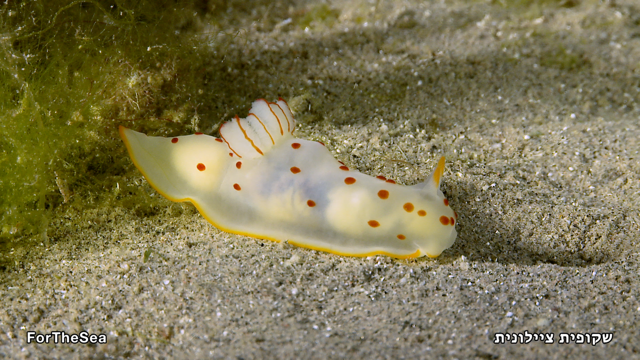 Poisonous to predators while devouring other poisonous creations

The slugs allow themselves to crawl around without fearing predators due to their poisonous defense. They achieve this chemical protection by absorbing and secreting poisons sourced from their prey. They feed on poisonous creatures like sea sponges, and have developed a system which insulates them form the effects of the poison while allowing them to use it as a weapon. 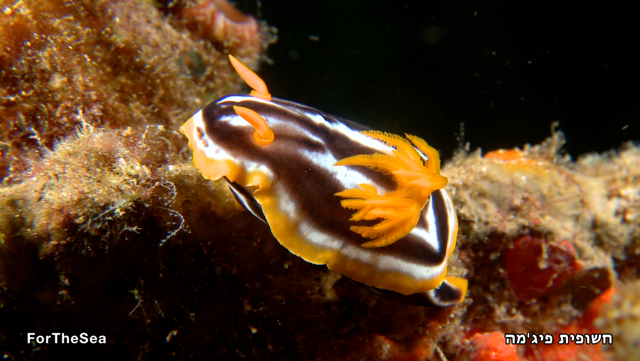 Photo: Tzvika (Ziggy) Livnat
The only predators brave enough to feed on them are other slugs from the same family who have developed a unique adaptation for the task. Amazing survival skills aside, the poor slugs seem to maintain a short, one-year lifespan. 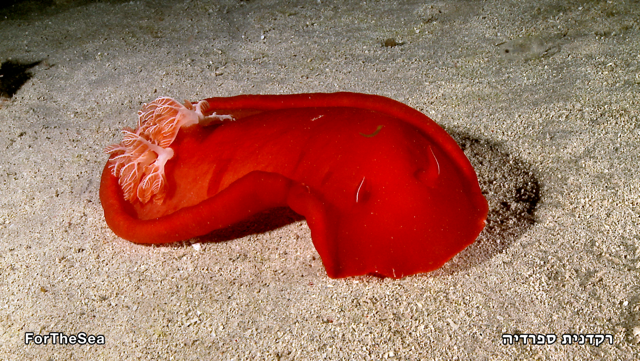 The most impressive specimen among the family is surely the Spanish dancer, which reaches lengths of about 30cm, and sticks out in its fiery red coloration. It's not only one of the bigger slugs, but is also an impressive swimmer. While swimming, it looks like the fringes of a red flamenco dancer's dress, from which it derives its name.

Pink lace ribbon on the rocks

Imagine being a slug, slowly crawling your way on the rocks, looking for a mate in the massive ocean expanse. The solution to this mystery is something only the slugs know.

The only thing we know is that the slugs, like other species in their invertebrate family, are hermaphrodites. This means that every slug has male and female reproductive organs, which allows for the guaranteed continuation of both genders.

The slugs lay their eggs in what looks like a pink or red silk ribbon, which is made up of thousands of eggs attached to one another. The slugs stick the ribbons to the rocks using their saliva.

When the eggs hatch, the snail larvas emerge, starting their first evolution on the path to becoming slugs.

The larvae are in their planktonal stage, and use a shell and a pair of sails to swim and filter for food in the water. The early larvae stage is short, and ends in the slug loosing its shell and dropping to the sea floor, where it will continue its life.

Ziggy Livnat is an artist, award winning filmmaker, presenter and an activist to promote the well being of the world’s oceans.

The “Ziggy of the Sea” video/article project made possible with the support of The Ben-Gurion University in Eilat.