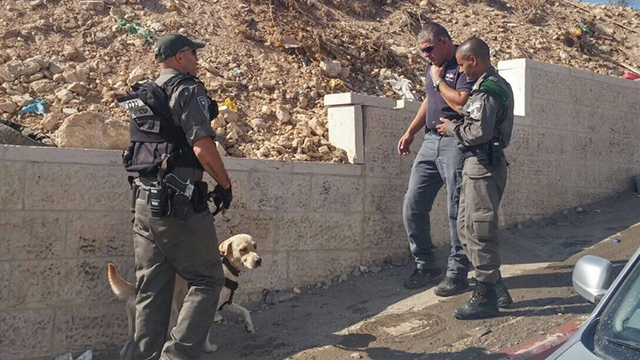 An attack on Border Police troops was foiled on Friday when a police canine sniffed out a pipe bomb during a search of a checkpoint at East Jerusalem's Issawiya neighborhood.

Border Guard reservists are posted at the checkpoint and examine those exiting the neighborhood to prevent attacks against Jerusalem residents.

Sergeant Major Haim Sabag, commander of Jerusalem Border Police's canine unit, said: "We are prepared for scenarios exactly like this. It's possible that the dog locating the device before it was used against security forces saved lives."

Meanwhile, security forces arrested a 13-year-old boy from Beit Hanina as he walked in Jerusalem's Old City after he aroused police suspicion as was found with a knife in his possession.