Yitzhak Rabin. His power was in his integrity and responsibility
Photo courtesy of IDF Archive 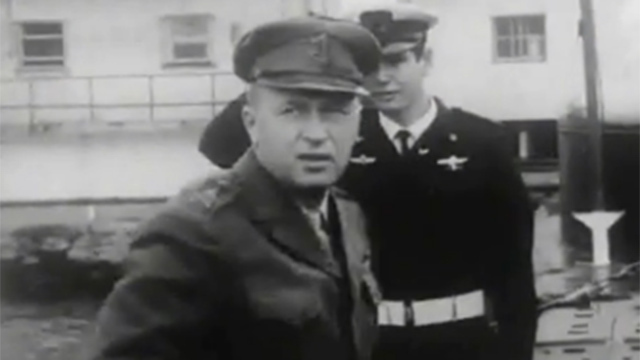 Who was the real Rabin and what remains of Oslo

Op-ed: No one knows what would have happened had Israel's PM survived his assassination attempt, but 20 years of failure indicate that a peace deal with the Palestinians would not have been signed: The gaps were too big, the expectations were too high, and the leaders feared the political and personal price they would have to pay.

Yitzhak Rabin was not the angel of peace: Angels only exist in fairytales. The bullets of the gun which ended his life rewrote his biography: Everything - a glorious military, diplomatic, political career - gathered under the wings of a nonexistent peace. The real, complex Rabin disappeared, and a new fictional character took over the narrative.   What was Rabin's legacy, people have been asking in the past 20 years. The answer is as simple as it is irritating: Yigal Amir is the one who defined the Rabin legacy.
Online Inictement
The evil spirits are striking again
Noa Rothman
Op-ed: Twenty years after I mistakenly thought that Israel's citizens had signed a pact with me to avenge my grandfather's murder through life and peace and harmony, we have returned to the path of blood and his memory is more painful than ever, Yitzhak Rabin's granddaughter writes.
The evil spirits are striking again
The real Rabin was not a battlefield hero. He didn't arrive at the national leadership decorated with citations like Ehud Barak and didn't have bold and controversial military operations bearing his name like Ariel Sharon. Rabin was an excellent staff officer, perhaps the best staff officer who served in the War of Independence. His power was in his organized thought, in his adamant delving into details, in his accuracy, earnestness, responsibility, integrity, formality. This collection of traits is much rarer than one would think. The IDF has produced many brilliant officers known for their negligence, or who had a tendency of lying at times of distress, formed juntas, sought a party's protection and secretly engaged in quarrel mongering. Rabin stayed away from this swamp his entire life.

Chief of Staff Rabin visits the Israeli Navy. He wasn't a battlefield hero (Photo: IDF Archive)
He reached his second term, his last term, hungry for action. He had a strong desire to leave a mark, to solve fundamental problems. He was convinced that the deal he would make with history would be better for Israel than the deal his successors would do. He was dragged into the Oslo Accords against his will, against his intentions. In the 1992 election campaign, he promised to reach a peace agreement within nine months. He was referring to Syria. The Palestinians lagged behind. The country was aghast over the murder of 15-year-old schoolgirl Helena Rapp in a terror attack in Bat Yam. Rabin, Mr. Security, positioned himself to the right of Prime Minister Yitzhak Shamir. When the Syria project faded - largely due to US Secretary of State Warren Christopher's recklessness - there was a need to fill the void with a different partner. The talks with the Jordanian-Palestinian delegation in Washington were making no progress. Oslo was the alternative. But the main reason was internal-political. Rabin believed that if he turned down Foreign Minister Shimon Peres' demand to let him advance Oslo, Peres would work to oust him in the Labor Party. The question whether his assessment was right or wrong makes no difference; the question what he secretly wanted - success or failure - doesn’t change much in a 20-year perspective either. As long as the negotiations were held secretly, Rabin allowed himself to voice his reservations. On June 7, 1993, two and a half months before the agreement was signed, he sent an official letter to Peres, demanding that he halt the talks. He later reconsidered. But the moment the die was cast, Rabin placed himself at the forefront of the battle, making sure like a good soldier to do whatever he was required to do and attacking whoever criticized the agreement. The moment he decided, he began implementing. The signing ceremony for the Oslo Accords in Washington was slated to be held without him. That way, he could have spared himself Yasser Arafat's handshake. But US President Bill Clinton insisted, and Rabin took the responsibility. It's also possible that he was pleased by Peres' humiliation at the last moment. The redhead knew how to evil too. One of his party's activists once accused him of being surrounded by "filters," saying it is that hard to reach him. That was a foolish statement, and not only because of how easy it was for the murderer to reach him. Rabin was unusually accessible. It was a pleasure covering his activities. He had a straightforwardness which doesn't normally exist in people of his status. He didn’t cut corners, didn’t deceive. The best conversations with him were held at night, between Tel Aviv and Washington, in the Air Force's old Boeing 707. He stood in his undershirt and smoked, stood and spoke. Not a single layer of makeup protected him from reality. His ability to delve into details was a great advantage as well as a shortcoming. One of the people who worked with him says the way to get Rabin to support an idea, unusual as it may have been, was to flood him with details. He demonstrated his comment using a tale that never happened: Why don't we sent, let's say, four F-15 planes to bomb the White House. They will drop 4 tons on the building tomorrow evening. Not F-15, but F-16, Rabin could have said. Not four, we need five. And not in the evening, but at 4:05 am.

If Rabin had not been murdered there would have been an Israeli-Palestinian peace agreement, Arafat used to say. This statement has been adopted by many leaders in the West and by a large part of the Israeli left-wing camp. Yigal Amir didn't just murder Rabin, he also murdered peace. Amir is in his cell, and the rabbis who inspired him probably share this thought. Otherwise, what was all the hassle for?

No one knows what would have happened had Rabin survived. However, 20 years of failure can teach us something. A peace agreement would not have been signed: The gap between the sides was too big, the expectations were too high, the fear of the political and personal price was too big, and there is no great danger. While Arafat and Rabin were allegedly marching towards an agreement, Arafat funded and encouraged acts of terror and Rabin funded and encouraged the establishment of settlements in the West Bank, mainly a massive settlement around Jerusalem. They both had internal political considerations, but the chance for an agreement was only pushed away.

While Arafat and Rabin were allegedly marching towards an agreement, Arafat funded and encouraged acts of terror and Rabin funded and encouraged the establishment of settlements in the West Bank (Photo: Reuters)
The support for Oslo in Israel was fragile from the beginning of the process, and the developments on the ground were unpropitious. The November 4 rally was organized as a response to the mass protests of the right, led by Benjamin Netanyahu. The right controlled the streets. When the rally's organizers asked artists to perform in it, they all refused, apart from one or two who had nothing to lose at the time. Had Rabin survived, and had he ran in the 1996 elections, I doubt he would have won. Yigal Amir didn’t murder peace. He doesn’t deserve credit for that achievement, but he can take comfort in the fact that since the murder, the Yigal Amir cloud has been hovering over our decision makers. They realize that every decision to evacuate Jews from the territories entails a heavy, disproportional price, perhaps even the price of their lives. The fear of a decision applies not only to prime ministers - it involves the top echelon of the IDF, Shin Bet and the police, the prime minister's advisors and the senior ministers. We see it in the weak, helpless way that these systems treat Jewish terror activists. They are afraid. The fear began in Peres' short term as prime minister, when he had to decide between really dealing with the rabbis who fed Yigal Amir and calling for mending the rifts and uniting the people. Peres chose unity, and the defense establishment got the message and followed in his footsteps. In practice, he prevented a thorough investigation of the murder's background. It continued with Netanyahu and Barak who worked - the former in the West Bank, the latter in the Golan Heights and West Bank - in the shadow of their fear of the settlers. Sharon and Ehud Olmert were not afraid of them, but the systems they headed were afraid. When one asks those involved in the Oslo process what was the agreement's biggest achievement, they point to the Arab League. The agreement, they say, allowed the Arab governments to move from the three nays of Khartoum (1967) to the Arab peace initiative (2002). The problem, of course, is the disconnection between the governments and the street, and the terror organizations' takeover of the existing order. The years have no reduced the hatred towards Israel in the Arab world - perhaps even the contrary. Four tangible assets from the agreement remain: The peace agreement with Jordan, the security coordination with the Palestinians, the economic agreements signed in Paris and Israel's incorporation in the international market. Nearly 150 international corporations entered Israel following the agreements. One cannot describe the Israeli economy's success in recent years without Oslo and without America and the European Union's embrace of Oslo. Each of these four assets is now being threatened, in one way or another. Twenty years after the murder, that's what's left.