Israeli worker in Africa attacked by Sudanese citizen during an Ethiopian Airlines flight; crew members, Lebanese passenger save the Israeli and overpower attacker.

Ethiopian authorities arrested a Sudanese traveler after he tried to murder an Israeli passenger on an Ethiopian Airlines flight from Chad to Ethiopia last Thursday, the Ministry of Foreign Affaris told Ynet on Tuesday.

"We are aware of the event and the Israeli embassy in Addis Ababa has updated us with details," said ministry representatives. 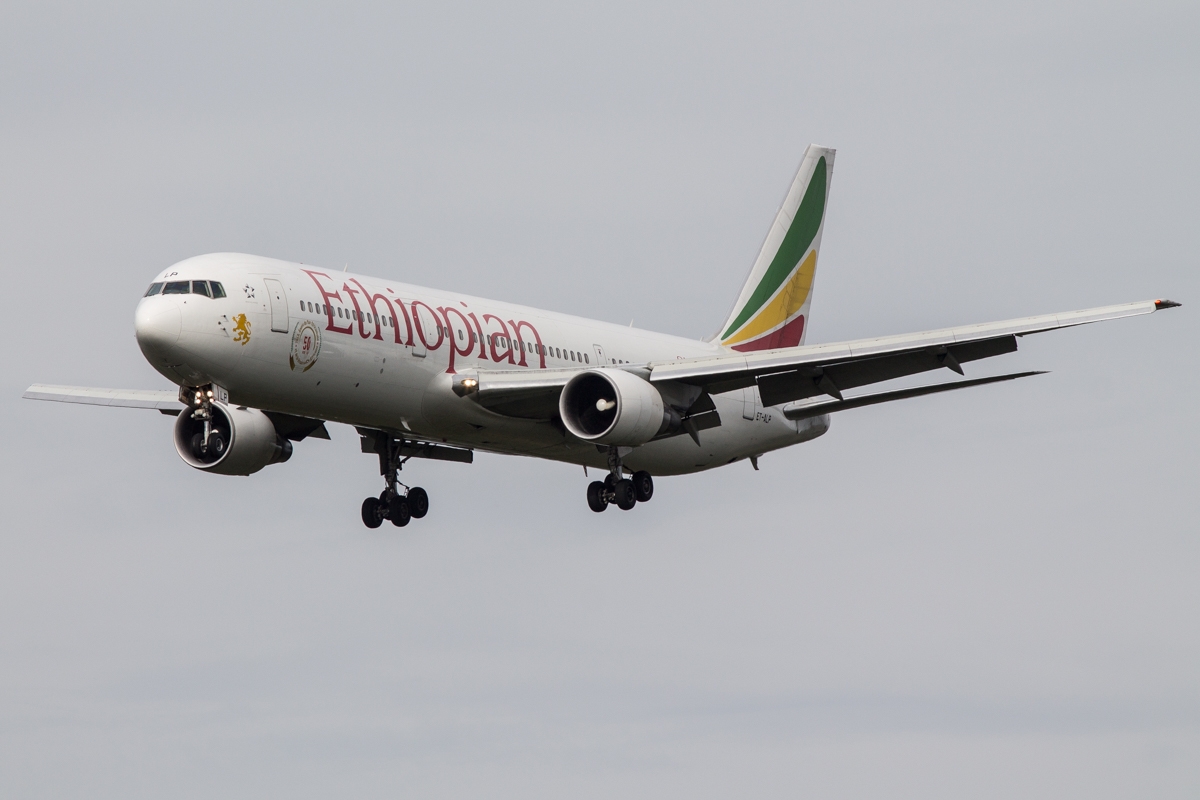 An Ethiopian Airlines fllight. (Photo: Zohar Ezer)
Arik, 54, works in an Israeli communications company that operates in Africa. He had intended to travel on to Israel after landing in Addis Ababa. "About 20 minutes before the plane started its descent the passenger sitting behind me identified me as Israeli and Jewish," Arik told Ynet. "He came up behind my seat and started to choke me with a lot of force," he continued, "and at first I couldn't get my voice out and call for help. "He hit me over the head with a metal tray and shouted 'Allah akbar' and 'I will slaughter the Jew.' Only after a few seconds, just before I was about to lose consciousness, did I manage to call out and a flight attendant who saw what was happening summoned her colleagues," Arik added. According to Arik, most of the passengers on the half-empty flight refrained from getting involved. "After they pulled him off me he hit me and shouted in Arabic. Some of the flight staff took me to the rear section of the plane and two guarded the attacked during the last part of the flight." A Lebanese passenger was one of the few who came to Arik's rescue. Arik says that after they had already overpowered his attacker, the Sudanese citizen tried to convince the other passengers to lynch him. "After we landed the Lebanese guy told me that I'd been saved twice, because after they'd overpowered my attacker he said to everyone: 'Let's finish him off.'

"During the moments when I thought I was going to die, I'd already begun to separate from my family in my thoughts."

In a statement released in response to the incident, Ethiopian Airlines said: "The attacker, who has been identified as Ahmed Mohamed, showed no signs of violence as he was boarding the flight.

"He attacked not only the Israeli but also other passengers and members of the flight crew. He is still in detention and is due to appear in court on Wednesday.

"The Israeli passenger was taken to a medical clinic in the airport and released shortly after. He was able to continue on to Tel Aviv as planned. We are sorry for the incident and will do everything we can in order to prevent further such attacks on our Israeli customers."