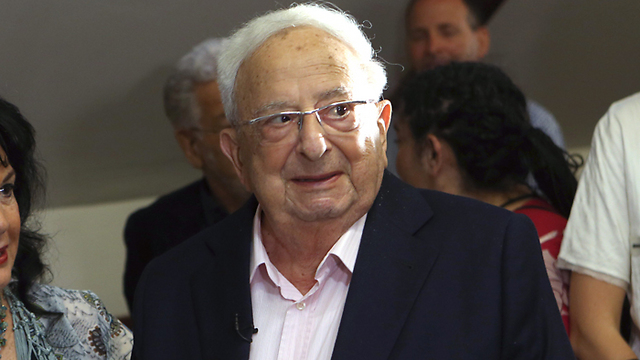 Prominent Labor Party politician spent his life in service to Israel from before the nation's independece when he fought in the Haganah.

Yitzhak Navon, Israel's fifth president, passed away on Friday at the age of 94.

Navon was born in Jerusalem in 1921.He studied literature, education and Islamic culture. He worked as a teacher and in the 1940s became a high-ranking member of the Haganah, the precursor to the IDF.

He was a member of the sixth, ninth, 11th and 12th Knessets, first as a member of Rafi and then as one of Labor's most eminent politicians.

Following the Six Day War, Navon identified himself as someone with dovish tendencies, urging dialogue with Palestinians and not with Jordan's King Hussein.

He was elected president in 1978, despite being in the opposition, and won much support among Israelis of all walks of life. In 1980, Navon became the first Israeli president to visit Egypt, where he addressed the parliament in Arabic.

Two years later, he threatened to resign unless an investigatory commission was created regarding events that year at the Sabra and Shatila refugee camp.

Navon later served as deputy prime minister and both minister of education and culture under the national unity government formed in 1984. He drifted away from politics in the 1990s.