Tender issued for bridge across Jordan River that would connect a joint industrial zone being built on both sides of the river.

Israel has issued a tender for the construction of a new bridge across the Jordan River which would connect it with its neighbor from the east, the Ministry for Regional Cooperation said Sunday.

The bridge will be part of the "Jordan-gate" project, which will see the establishment of a joint industrial zone between the two countries.

The tender was issued through the Valley of Springs Regional Council in northern Israel, on whose land the industrial area will be built.

A ministry statement said that the project, which is the first ever joint infrastructure project between the two countries, will include two industrial areas and employment zones on both sides of the river, with a bridge that will connect between the two.

Israeli and Jordanian factories are set to be built on a 700 dunam swath of land on the Jordanian side, while the Israeli facility, which will span 245 dunams, will serve as a logistics base and an area for the transfer of goods to ports in Israel. 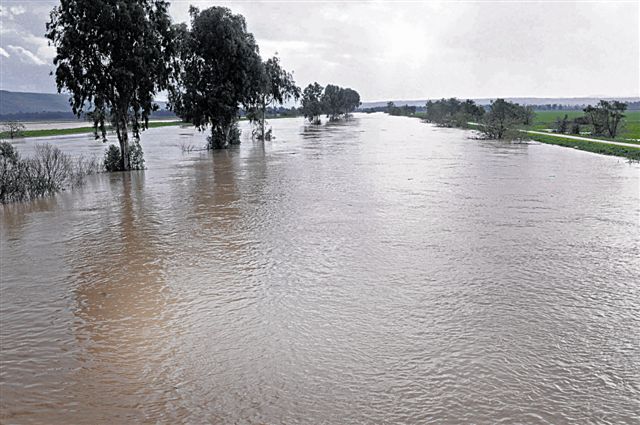 The Israel-Jordan Committee for Security and Transportation has recently approved the bridge's construction, and the tender is based on a previous agreement signed by both governments in April 2015.

The cost of the project on the Israeli side was estimated to be around NIS 200 million, of which about NIS 55 million would be allocated for construction of the bridge.

The Regional Cooperation Ministry said that the establishment of the industrial zone was intended to deepen economic and trade relations between Jordan and Israel as well as regional cooperation and stability, while adding that the industrial zone would expand employment opportunities for residents of the region – in both Israel and Jordan.

Deputy Minister of Regional Cooperation, Ayoub Kara, welcomed the release of the tender for construction of the bridge, saying, "The Jordan-Gate project is very important to Israeli-Jordanian relations, and will greatly contribute to improving bilateral ties.

"I am happy that the tender was issued at a time like this, as it is evidence that peace between Israel and Jordan is stronger than all the radicals who are attempting to place a wedge between the two countries and our attempt to bring about a better future for the peoples of the region."