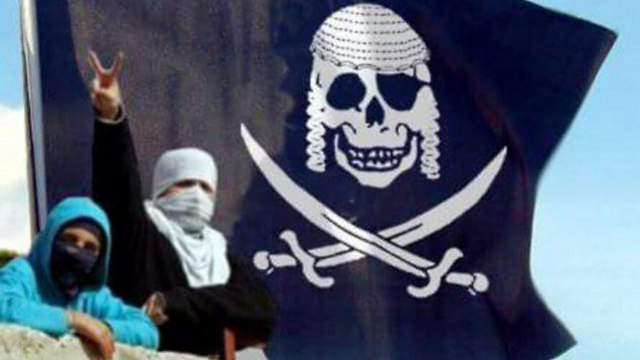 Radical right-wing 'hilltop youth' have made the Baladim outpost in the West Bank their HQ; their incitement against the authorities is revealed in their Facebook posts.

The radical right-wing 'hilltop youth' have become in recent years a major headache for Israel's security forces, with their incitement against the authorities and their desire for revenge. They are younger, more radical, have dropped out of the education system and are trying to find their way in the hills. Some study in yeshivas and even work during the day, but by evening time return to the 'Baladim outpost' in the Binyamin region of the West Bank - which has become a pilgrimage site - and spend the night there.

They all have one common denominator: Serious friction with the authorities. Going through the Facebook pages of several of the hilltop youth placed in administrative detention reveals incitement against senior military officers like former GOC Central Command Maj.-Gen. Nitzan Alon.

One of the Facebook posts has a picture of a masked hilltop youth with the words "Regards to Nitzan Alon, revenge." In addition, these young settlers post pictures of a price tag incidents, hills, and various expulsions that have occurred recently.

Another photo found on Facebook shows two masked men posing nex to a black flag with a picture of a kippah-wearing skull with swords.

The outpost known as 'Baladim', located near the settlement of Kochav HaShachar in the Binyamin region of the West Bank, has been evacuated dozens of times, and the youth constantly find themselves moving their belongings from one place to another.

One month ago, one of the most significant raids in recent weeks took place there, involving members of the national crime unit of the Judea and Samaria District Police together with a moving company and officials from the Civil Administration, during which the outpost was dismantled and seized the sheep herd that was grazing in the area.

The day after the evacuation, a picture was posted of the moving company that said: "This is the company that carried out the evacuation yesterday at the Baladim Hill. Call them and tell them that it's not worthwhile for them to evacuate Jews from their land," along with the company's phone number.

Attorney Chai Hever, representing a youth who received a restraining order after spending a lot of time at the Baladim Hill said that "it seems that the police are trying with all their might to portray these youths as outlaws and criminals and are sparing no means in order to trample their basic rights, but the reality is that the use of tools such as administrative restraining orders and defining areas as barred from entry are what actually transforms their actions into prohibited ones. This raises the question of which came first, the chicken or the egg. It's something to think about. "