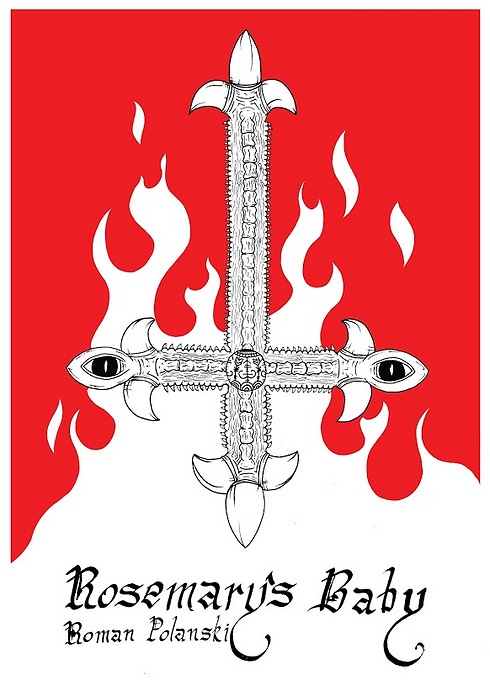 The Polish Institute in Israel and the Wizo Academic Center in Haifa have joined forces for an exhibit of student designs based on Roman Polanski movies.

The Polish institute in Israel is marking 60 years of creation by Polish-born Jewish director Roman Polanski. Polanski, who has been the subject of much controversy since fleeing the United States in 1978 while facing charges of rape, has been living in exile ever since, mostly in France.

As part of the celebrations, which officially began this week and will end in early 2016, the organizers have collaborated with the Wizo Academic Instutute in Haifa and created an exhibition of new posters for the director's movies. The posters were created by students of the visual communication department, who were aided in their designs by department head Yaron Shine, Polish artist Bartosz Kosowski, and illustrator Lee Alon Kuriel.

Kosowski exposed students to work methods that were used in Poland, known as a poster superpower, especially in the period of the 1960s-1980s. Polish illustrators became world-famous, influencing the design of posters is Europe and America dramatically. To this day, Polish posters are used in textbooks to teach the subject. The posters in the exhibit are two-colored and printed on silk – a process that makes them limited-edition artworks.