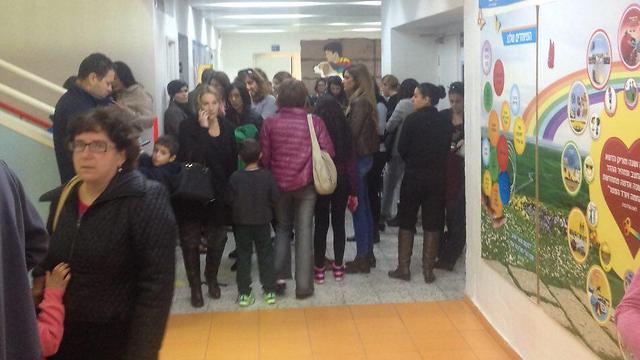 Three rockets were fired at northern Israel from Lebanese territory on Sunday, landing in unpopulated areas and causing no injuries, and causing numerous cities to open their bomb shelters without instructions from the military or police.

At around 5:40 PM, sirens sounded in the Nahariya area and throughout the western Galilee.

The mayors of numerous towns, including Shlomi and Nahariya, decided to open the city's bomb shelters, despite there being no specific instructions from the military or police.

The Voice of Lebanon radio station reported that two rockets were fired at Israel from the Tyre area, while Lebanese network NTV reported that three rockets had been fired from Ras al-Ayn in Lebanon's Southern District. It was further reported that there was increased Israeli Air Force activity over Lebanon.

According to several reports, the location from which the rockets were launched is relatively close to the Palestinian refugee camp of Rashidiya.

The IDF fired eight mortar shells at open areas in south from which it believed the rockets were launched.

The rocket fire occurred on the same day that the targeted killing of Hezbollah terrorist Samir Kuntar was announced.