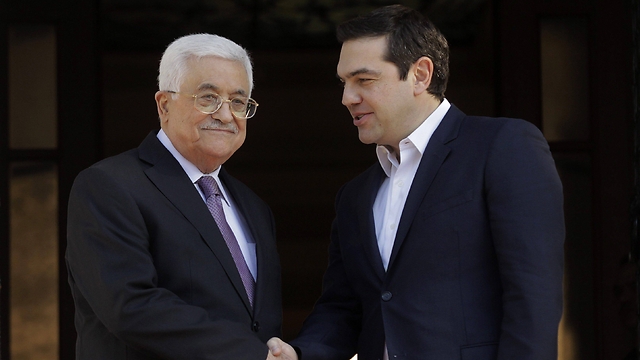 Palestinian Authority president expects to change the name on its passport by 2016; Greek parlaiment is set to recognize Palestinian statehood.

Palestinian President Mahmoud Abbas says his national authority proposes to change its name on passports it issues to State of Palestine.

Abbas says this will happen in about a year at the most, replacing the name Palestinian Authority.

He spoke after talks with Greek Prime Minister Alexis Tsipras. Abbas arrived in Greece on Sunday, and is due to address the country's Parliament on Tuesday.

The parliamentary Foreign Affairs and Defense Committee has unanimously called on the Greek government to recognize Palestinian statehood.