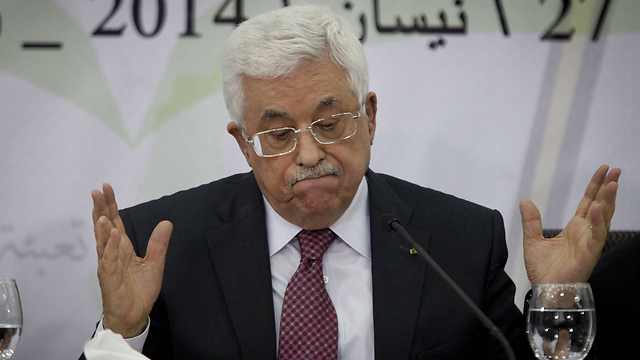 Congressmen call on Kerry to revoke waiver that allows PLO office in Washington to remain open in light of Palestinian incitement, but State Dept. says closing office 'would be detrimental to efforts to calm tensions.'

WASHINGTON - The US State Department on Tuesday rejected calls by 32 congressional lawmakers, including Republican presidential candidate Ted Cruz, to close the Washington office of the Palestinian Liberation Organization.

In a letter dated December 18, the lawmakers called on Secretary of State John Kerry to revoke a waiver that allows the PLO office in Washington to remain open. They argued that Palestinian leaders encouraged violence against Israelis, including a wave of knife-wielding attacks in recent months.

"The United States government has an obligation to publicly denounce the PLO's actions and should immediately revoke its waiver," according to a copy of the letter posted on Cruz's website. "Allowing the PLO to maintain an office in Washington, DC provides no benefit to the United States or the peace process."

Palestinian President Abbas (Photo: AP)
State Department spokeswoman Elizabeth Trudeau confirmed that the department had received the letter and said Kerry would respond to it. "We believe that closing the PLO office would be detrimental to our ongoing efforts to calm tensions between Israelis and Palestinians, advance a two-state solution and strengthen the US-Palestinian partnership," Trudeau told reporters. She said every US administration since 1994 had used the waiver to keep the PLO office open.

"We believe the PLO has a valid place ... and we'd oppose those efforts" to close the office, Trudeau said, adding that Kerry had condemned the attacks.

Republican candidate Ted Cruz (Photo: EPA)
In a visit to Jerusalem to calm Israeli-Palestinian tensions, Kerry described the recent violence as terrorism that must be condemned. He has urged both Palestinian and Israeli leaders to stop inflammatory remarks that could worsen the situation. With Israeli-Palestinian talks dormant since 2014, the bloodshed raised concerns about a wider escalation and a possible third Palestinian uprising, though it has not reached levels of past Israeli-Palestinian confrontations.