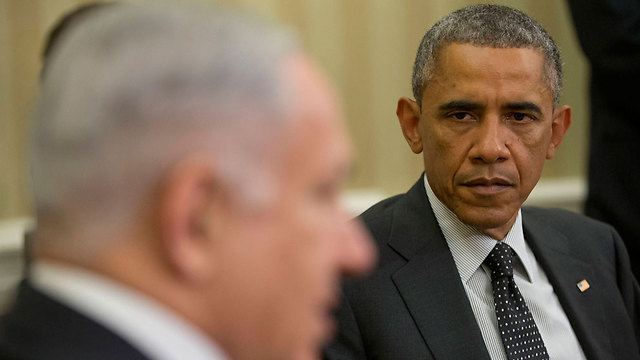 Report: US spied on Netanyahu over efforts to block Iran deal

NSA listened in on conversations between the Israeli PM and his aides, as well as communications between Israeli officials and US lawmakers, the Wall Street Journal reports.

WASHINGTON - The White House allegedly instructed the NSA to spy on Prime Minister Benjamin Netanyahu over his aggressive campaign against the Iran nuclear deal, believing the information could help curtail the prime minister's efforts to thwart the agreement, the Wall Street Journal reported late Tuesday.

The Journal interviewed more than two dozen past and present US officials from the National Security Agency on the topic. The NSA listened in on communications between Netanyahu and his aides, which the Journal says further deepened the mistrust between the two governments, as well as to private conversations Israeli leaders and officials had with US lawmakers and American-Jewish groups, raising fears the White House will be accused of spying on Congress.

Photo: AFP
In order to prevent a paper trail, which would have enormous political ramifications if discovered, the White House left the decision of what information to share and what to withhold to the NSA. "We didn't say, 'Do it,' and we didn’t say, 'Don't do it,'" a senior US official was quoted as saying. The NSA intercepts revealed that Israel was spying on the nuclear negotiations, using the information it gathered to leak details from the talks in an attempt to thwart the agreement. Israel later denied that charge, saying it gained information on the talks by spying on the Iranians only.

In addition, the NSA learned that Netanyahu and other Israeli officials used that information to coach representatives of Jewish-American groups, and to ascertain from US lawmakers what it would take to win their vote against the deal. 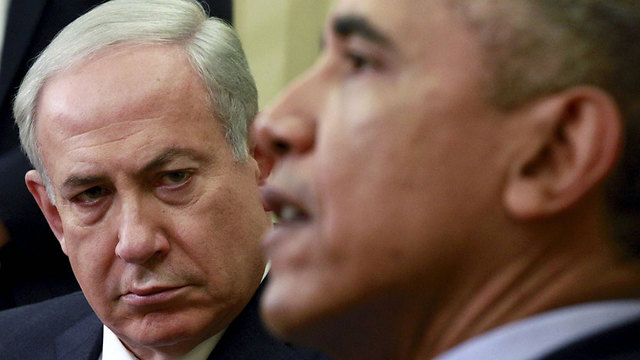 At first, the Obama administration was worried of a possible Israeli strike against Iran's nuclear facilities without telling the White House, while Washington was pursuing secret talks with Tehran. Spying on Israel continued, however, even after the NSA determined in 2013 that Netanyahu wasn't going to attack Iran.

All of this was done after, and despite, Obama's promise to curb eavesdropping on friendly heads of states in the wake of the outrage over the United States spying on German Chancellor Angela Merkel some two years ago. The Obama administration did create a list of heads of states that would be "protected" from NSA spying, like Merkel and French President Francois Hollande, but continued spying on their top advisers. Excluded from the list were Turkish President Recep Tayyip Erdogan, and Netanyahu. Obama, the Journal said, justified spying on the Israeli prime minister by saying it served a "compelling national security purpose." "Going dark on Bibi? Of course we wouldn't do that," the Journal quoted a US official as saying.

Michael Hayden, who led the NSA and CIA during George W. Bush's tenure in office, described the intelligence relationship between Israel and the US as "the most combustible mixture of intimacy and caution that we have," discussing with the Journal both the cooperation between the two nations' intelligence agencies, and mutual spying on one another.

Asked for comment on the Journal report, a White House National Security Council spokesman said: "We do not conduct any foreign intelligence surveillance activities unless there is a specific and validated national security purpose. This applies to ordinary citizens and world leaders alike."