IDF troops looking for a tunnel in the Gaza envelope 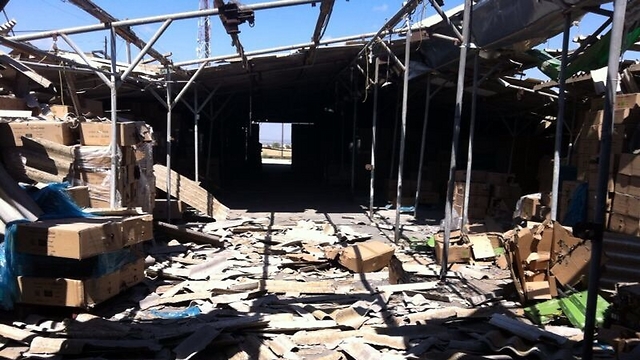 At the end of Operation Protective Edge in summer 2014, the government approved aid to Gaza border communities. The funds were transferred some time ago but no decisions have been implemented.

Israelis living in communities near the Gaza Strip border have yet to receive the state assistance promised to them following the end of Operation Protective Edge in the summer of 2014, despite government decisions on the matter that were made over a year ago.

In November 2014, about three months after war in Gaza had ended, the government passed several decisions regarding the rehabilitation of Sderot and the Israeli communities on the Gaza border.

Despite the fact that the funds for this rehabilitation have already been transferred to the relevant government ministries, nothing has been done to begin implementing the string of promises.

Among the initiatives that were supposed to have been started were rehabilitation of infrastructure and aid to business owners.

A factory in Kibbutz Nir Am near the Gaza border that was destroyed from rocket fire during Operation Protective Edge.
Members of the coalition and the opposition united on Tuesday to fiercely criticize the government's handling of the issue in a special discussion of the Knesset's Finance Committee. The committee chair, MK Moshe Gafni (United Torah Judaism), railed at government representatives: "Your responses paint a picture of a banana republic – the government makes a decision but then a single minister can cancel or change the decision, and the funds are not put to work as agreed despite the fact that they've already been transferred." It also transpired that no government ministry involved with the issue has begun to implement the decisions. MK Haim Jelin of Yesh Atid, who raised the topic for discussion, along with MK Yoseph Yonah (Zionist Union) also voiced their grievances, saying that not only have residents of Sderot and the Gaza border communities been hit by the security situation, they are also not receiving what is due to them by law. The responses of government representatives during the discussion also provoked the MKs' ire. When told that the funds had been transferred in August 2015, Gafni shot back: "Why were funds that had been approved in November 2014 only transferred in August 2015?" The anger only increased when Noa Segal-Lifshitz, the budget coordinator for roads at the Ministry of Transportation, announced that the matter was stuck because of internal problems at Netivei Israel, the national roads authority.