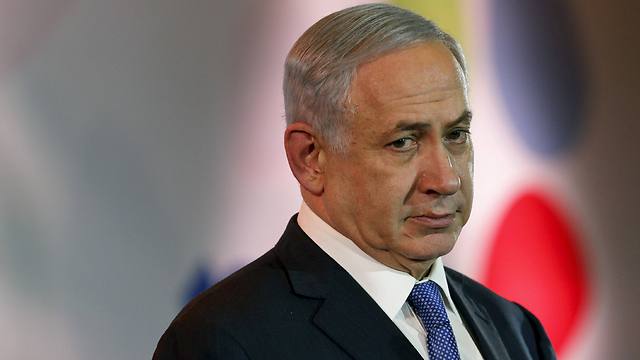 Op-ed: The call for early primaries in the Likud party and the decision to cancel them 4 days later lead us to an absurd situation. A sitting prime minister, whose power and influence are hard to even estimate, is afraid not just of future competitors, but even to compete against himself.

Even the good walkers, who have done many miles down the winding roads of Israeli politics, would agree that this has been one of the more unstable and confusing weeks we've known. It was a week that started with a decision to hold primaries for the leadership of the Likud party, and ended with its cancellation. A week in which an interior minister was sworn in when only a few months ago he was still saying he will not return to that ministry. A week in which a deputy minister, that six months ago no one knew who he was, decides not to show up for a swear-in ceremony at the Knesset because he thinks he deserves a better job than what was offered him.

In the beginning of the week, when the Likud's elections committee decided to hold primaries for the party's leadership with the only candidate being Netanyahu, we laughed. Only one candidate on the ballot? We were waiting for Netanyahu's large billboards to really understand what kind of reality we're living in. When it turned out the vote would offer two options, for or against, we kept laughing, but Netanyahu was already crying. What is he going to do if there are more votes against him than in favor? What will they say then, that Bibi beat Bibi? The schizophrenia is so acute that Bibi A panicked from Bibi B and it was decided on a blank vote, the existence of which ensured no one who is not a big fan of Netanyahu was going to show up at the polls, because the meaning of a blank vote is that it is not counted anyway.

Netanyahu - afraid to run against himself (Photo: Reuters)

The outrage did not take long: Not only did Netanyahu call for early primaries - to prevent any possibility of anyone running against him - he also won't allow even the slightest hint of protest. Not to mention the financial expense of such unnecessary elections, held solely to ensure that in a year or two from now, no one wakes up and decide they want to run for the head of the Likud. Netanyahu is so panicked, so haunted, that even the Likud regulations, which specifically note that if there is only one candidate, that candidate would be declared the winner and be the Likud's candidate for the premiership in the next general elections - were not able to calm him down. What is he going to do if Sa'ar or Katz decide they want to run against him and say 'wait a minute, but there was no vote'?

This is what Netanyahu wanted to ensure: That no one would be able to come and make demands.

It's so pathetic that it's sad. A sitting prime minister, whose power and influence are hard to even estimate, is afraid not just of future competitors, but even to compete against himself.

And this is how we got to this point, that within only four days it was decided to cancel the primaries, and we were deprived of many more critical editorials and satirical television. Just imagine actor Mariano Idelman with the prime minister's purple hair wig standing in front of the ballot box on Eretz Nehedert and debating who to vote for.

An act of protest

But make no mistake: The person behind the decision to cancel the primaries is the one behind the decision to hold them, and that is the prime minister himself. On Sunday, when he wanted to hold the elections in an effort to secure his own victory, his office used a precedent from the municipal elections that determines that if there is only one candidate, he is not declared a winner, and elections are held.

On Wednesday, after the criticism and mockery, when Netanyahu realized where all of this is heading, he didn't have to do too much. Netanyahu has close ties to the chairman of the Likud court, Attorney Michael Kleiner. But what's more interesting is that the petition to cancel the primaries was filed by the chairman of the movement's comptroller committee, Avigdor Hadar, who that very morning justified the primaries in the media. There's definitely room to wonder how come a person praises something in the morning and petitions against it in the evening, unless it's all just a show and he was sent by the director.

But why are we surprised. It's not news to us that Netanyahu wakes up every morning and goes to sleep every night thinking how to block his competitors. If he doesn't block them with a vote, he'll block them on a technicality. He must have enemies, someone to fight against. And his tactic is one of intimidation. His own fear, and the fear he manages to impose on us. That's how he won the elections and that's how he manages to rule over the Likud.

It has been noted already that Netanyahu's current situation in the Likud party is not great. Despite the one-man rule he managed to impose on his party, and the fact not one of the members of the party dares open his mouth and publicly protest Netanyahu's actions, there are a lot of reservations against him within party ranks. And the proof of that is the vote at the Likud committee on the early primaries. The results were 65 percent in favor and 35 percent against. It's not a good thing for the prime minister when there is no senior official in the Likud party that opposes him. When they opened the ballot boxes for that vote, they found quite a few ballots with the word "dictator" written on them, or other comments in protest of Netanyahu's actions.

The election of Haim Katz as the chairman of the Likud center is an act of protest. Rumors say Netanyahu was the one behind Likud MK Yaron Mazuz's insistence not to remove his candidacy for the role, because that would've helped Haim Katz.

But all of that is like a twig on the surface of the waters. There is only one bottom line: Netanyahu will be the chairman of the Likud party and its candidate in the next general elections, and not because of his embarrassing chicanery this week, but because no one dares run against him. And it doesn't matter if it's now or in two years. Until Netanyahu loses the premiership, there won't be anyone in the Likud to challenge him. That's how it works in the Likud party. And those who realized this are not there anymore.