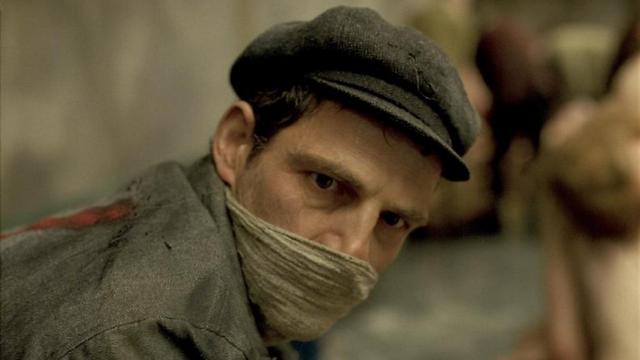 The critically-acclaimed Hungarian film "Son of Saul", which takes an intimate approach to the Holocaust and was directed by a Jew, has raised the specter of anti-Semitism in the central European country. Far-right attitudes and racism, encouraged by Prime Minister Viktor Orbán, have recently shot up in Hungary following a deluge of refugees and migrant workers.

"Son of Saul" marks the debut of director Laszlo Nemes; it won the Jury Grand Prize and the FIPRESCI Prize at the Cannes Film Festival and is nominated for this year's Academy Award for a foreign language film. It also won the foreign language category at the Golden Globe Awards – never a bad omen for Oscar chances.

Still from 'Son of Saul'

But perhaps surprisingly, the film has many detractors in the country of its origin. Many Hungarians have expressed discomfort with the prospect of the film bringing the coveted Oscar to their country, claiming that the film is "Jewish propaganda".

According to Hungarian reports, references to the film as a "Holomaku", or Holocaust joke, have spread on social media networks. Others have mockingly called the film – called "hyper-realistic" by the New York Post – "science fiction". An online campaign argued that the film was not an achievement for Hungarian cinema because it is "Jewish propaganda".

Some people even went on Prime Minister Orban's Facebook page and posted a content warning, "a film about Jews meant for Jews only," after Orban praised the film for winning the Golden Globe. Some Hungarians complained that only Holocaust movies are made in Hungary, while subjects related to national history are ignored.

The makers of the award-winning film said in May they wanted as many Hungarians as possible to see it in a country that has been plagued by anti-Semitism and xenophobia.

Many Hungarians praised the film, however, or argued that it should be supported even if the subject is not to their liking. Some in the Jewish community have nevertheless voiced concern about a backlash. "So many anti-Semitic reactions were published," said one member of Budapest's Jewish community. "It's a disgrace. I wonder if the West knows what people here think." Hungarian journalists even asked authorities to get law enforcement involved and crack down on Holocaust denials and inciters – so far, to no avail.

Director Nemes remains unperturbed. "I recommend that all the detractors do something with their lives," he said. "This film shows that it's possible. Many young people and some who are less young are congregating online and thinking about what to say and against whom, but they have no right to do so because they have done nothing significant for Hungary. Nothing."