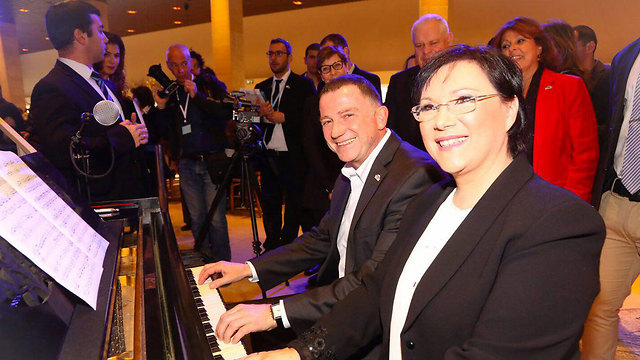 Thousands arrived in Jerusalem on Tuesday to celebrate the Knesset's 67th birthday, and mark 50 years to the inauguration of the Knesset building.

Knesset Speaker Yuli Edelstein read stories to children he hosted in his office, while other Knesset members showed off their non-parliamentarian skills.

Stav Shaffir performs at the Knesset

Knesset Speaker Edelstein said the "event emphasizes the central place the Knesset has in Israeli public life since the establishment of the state, and the way in which the Knesset building in Givat Ram has been significantly present in every event in the history of the state throughout its half a century of existence."