A still from the movie 'Ave Maria' 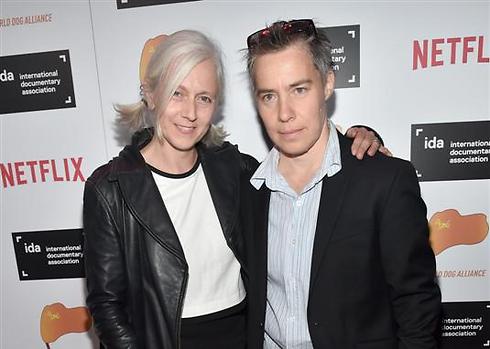 Israelis are everywhere – including at the Oscars

In spite of all the effort and great hope, Israel will still not be walking down the red carpet at the next Oscars. So what will we have there? A Hebrew-language movie about the territories, an animated documentary about a former Israeli and, of course, a movie about the Holocaust.

We hoped, we dreamed, we prayed, but Israel again will not be at the next Oscars ceremony. "Baba Joon," directed by Yuval Delshad, won Israel's Ophir Award for best movie and was eyed as a potential contender for Israel in the foreign movie category, but failed to make it past the Academy's nomination process.

But the fact that Israel isn't at the Oscars doesn't mean that Israelis won't be there. In fact, there will be quite a few present at the Academy Awards on February 28, rubbing shoulders with the likes of Leonardo DiCaprio, Brad Pitt and Steven Spielberg.

The Israelis from 'Ave Maria'

Whether you like it or not, the closest thing to an Israeli entry at this year's Oscars is "Ave Maria," which is competing for the best short movie. Officially, this is a Palestinian production which was funded by France and Germany; however, Hebrew is spoken throughout most of the movie. The roles are played by Arab and Jewish Israelis.

The trailer for 'Ave Maria'
X

The trailer for 'Ave Maria'

The director, Basil Khalil, is a Nazareth native and he was joined in the production by an international crew which mainly comprised Israelis, including cinematographer Arik Mizrachi. The film, which is 15 minutes long, was shot in Israel and the territories.

Competing in the category for best short documentary is a name that Israelis may also recognize. Artist Nomi Talisman, whose creation "Last Day of Freedom" – made in collaboration with her partner Dee Hibbert-Jones – is of Israeli origin, although she left 15 years ago.

Dee Hibbert-Jones and Nomi Talisman (Photo: GettyImages)
The film tells of Bill Babbit, a good American citizen, and the dilemma he faces when he discovers that his brother has committed a terrible crime. "It's an amazing feeling – it's our first film and we didn't expect it to get this far," Talinson, who now lives in San Francisco, told Ynet. The film will be screened in Israel next March as part of the Epos festival, which Talinson is also excited about. "My family lives in Israel, and I have friends there."

Unlike "Ave Maria," the foreign film category at the Oscars features movies that represent the countries which have sent them there – rather like in the Olympics. "Baba Joon" won't be there, but a Norwegian entry – "Son of Saul" – will be. It is considered the favorite to take the prize.

Trailer for "Son of Saul"
X

Trailer for "Son of Saul"

The script was partly formulated in the greenhouse that is the Sam Spiegel Film and Television School in Jerusalem, which Jewish director László Nemes attended. He took with him Israeli actor Amitai Kedar, who wins a little screen-time in the movie and also appears on the poster – most of which is devoted to the hero Saul, a member of the Auschwitz Sonderkommando. "There's a lot of excitement in this film," said 46-year-old Kedar, who has been appearing in theater productions over the last few years. "It started about a year-and-a-half ago, when the director was in Israel and invited me to act in a film being shot in Hungary. It was an incredible experience. "I was the only Israeli on set in a cast of actors from Hungary, Romania, Poland and Germany. It was shot in several languages, and my role was in Yiddish. "There's an insane amount of buzz surrounding this film," Kedar continued. "It's amazing to think that I was part of this creation. My grandparents were survivors and some of my work in Israel involves the perpetuation of European Jewish culture."