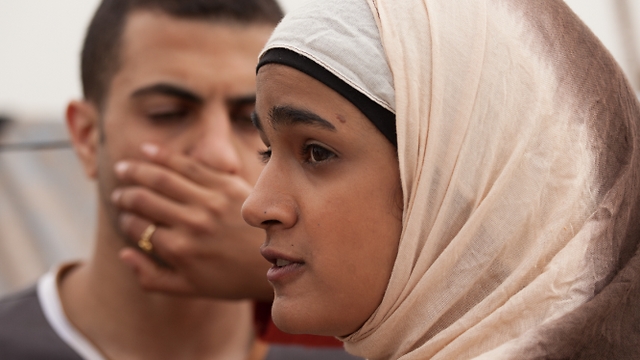 The film, which deals with the plight of Bedouin women fighting against a conservative society, was the Israeli director’s debut feature film.

This is a rare achievement for Israeli film at the reputed film festival at which the likes of Quentin Tarantino and the Coen brothers were discovered.

Zexer defeated eleven other films from around the world in the category. It was the second time that an Israeli narrative film won this prize, after Dror Shaul’s "Sweet Mud" in 2007. In 2012, the Israeli film "The Law in These Parts" won the top prize for World Documentary.

"It's just crazy to be here at Sundance all week and get praise from people who recognize you on the street and they tell you they were so moved by your film, and the award is now the cherry on the pie,” recounted Zexer to Yedioth Ahronoth, while she was still celebrating in the snow-covered city in Utah. "There are a lot of film lovers who come to see a different type of cinema, films that differ from the Hollywood norm. When they commend a different experience which you brought to them, that is the best feedback possible."

"Sand Storm" focuses on the story of two Bedouin women, a mother and daughters, who go through a volatile experience during the week in which the mother is organizing her husband's wedding to another woman. The protagonist is played by Lamis Ammar, in her first film, along with Ruba Blal-Asfour and Haitham Omari.

The film was shot over five weeks in Bedouin villages in the Negev and it is based on "Tasnim", an award-winning short film directed by Zexer while she was a student in the Department of Film and Television at Tel Aviv University.

Besides the award, "Sand Storm" received very positive reviews in major publications such as Variety and the Los Angeles Times. The date for the film’s distribution in Israel has still not been set.

The Sundance Festival, founded in the late 1970s by Robert Redford – with whom Zexer met at the opening of the festival this year – is considered by many the best place where small, independent films can break out and become eventual award contenders and word-of-mouth hits.