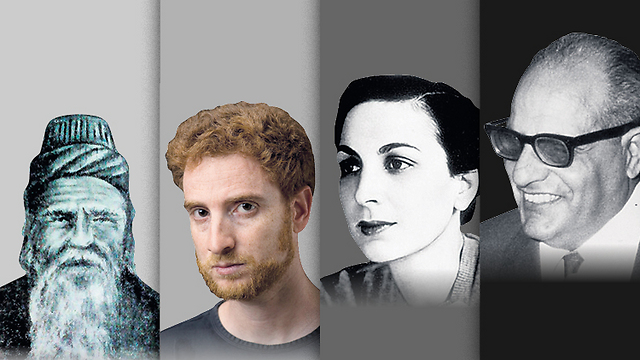 Following years of criticism for neglecting non-European Jewish history and culture, the Education Ministry has formed a committee to recommend necessary action.

The Education Ministry has decided to take action after years of criticism regarding the fact that school curricula focus on European culture and ignore non-European Jews whose origins lie in the Middle East, North Africa, and other Muslim-majority areas (known as Mizrahi Jews). Education Minister Naftali Bennett recently appointed a public committee that is to make recommendations on adding new material to reflect the cultural richness and history of Jews who came from Muslim-majority countries.

The committee, headed by poet and Israel Prize winner Erez Biton, is to examine the existing curricula in history and literature, then make recommendations after three months to integrate Mizrahi culture and history. The committee plans to get assistance from various organizations and experts that deal with the subject, including umbrella organizations for immigrants from Muslim-majority countries, historians, literary and cultural researchers, and more.

"This is a historic move," Minister Bennett said on Wednesday. "Today we are correcting a years-long injustice. The richness of eastern culture is a gift whose splendor the educational system failed to appreciate to this day, and apparently we still do not know what we do not know about this incredible culture. Israel, which is a gathering of exiles from around the world, must live with this cultural richness and not minimize it. I am certain that the Biton Committee, headed by the wonderful poet recruited for the mission, will be able to bring historic information to the students of Israel and stimulate a dialogue welcomed by the people."

Artist and Literature Professor Dr. Zmira Poran-Zion said that the current Literature curriculum "is contrary to its stated goals, including deepening the affinity to our cultural heritage and Jewish identity as reflected in Hebrew literature in all its facets and layers." She emphasized the the majority of authors and poets in the required material for matriculation exams are white male Jews of European origin.

"The very process of choosing these works and artists is a social, political, and cultural statement," continued Dr. Poran-Zion. "This curriculum obligates teachers to teach these works as canonical masterpieces, as inalienable assets of our society. This choice essentially defines the canon and the basics of the Israeli literary experience."

Dr. Ktzia Alon, a lecturer at the Kibbitzum College's teaching school, agreed that Mizrahi heritage does not receive equal attention in school curricula, even in more peripheral subjects like music and dance.

"Western culture is still considered the only culture," said Dr. Alon, adding: "Imagine the following dialogue between two people. One asks the other, 'Come on, you want to Germanize Israel?' And the answer: 'Why not? There will finally be some culture here.' This doesn't sound strange to us, right? Now change 'Germany' to 'Morocco' – 'Come on, you want to Moroccanize Israel?' and the same response. It sounds funny to most of us. That is to say, our thinking that entire countries don't have high culture – and I'm not talking about popular culture, but elite – is automatic. Many countries' cultures are seen as a blank page."

Bennett approved the makeup of the committee on Wednesday. On the committee are Professor Aharon Maman, former head of the Hebrew Languages Department at Hebrew University and vice president of the Academy of the Hebrew Language; Dr. Yehuda Maimaran, director of the Alliance Israélite Universelle; Zehava Shemesh, director of development division in the Pedagogical Secretariat, Ministry of Education; and Rabbi Dr. Moshe Amar, a professor at Bar-Ilan University.