Protesters rallied against Islam and immigration in several European cities Saturday, sometimes clashing with police or counter-demonstrators amid growing tensions over the massive influx of asylum-seekers to the continent.

Riot police clashed with demonstrators in Amsterdam as supporters of the anti-Islam group PEGIDA tried to hold their first protest meeting in the Dutch capital. Only about 200 PEGIDA supporters were present, outnumbered by police and left-wing demonstrators who shouted, "Refugees are welcome, fascists are not!" 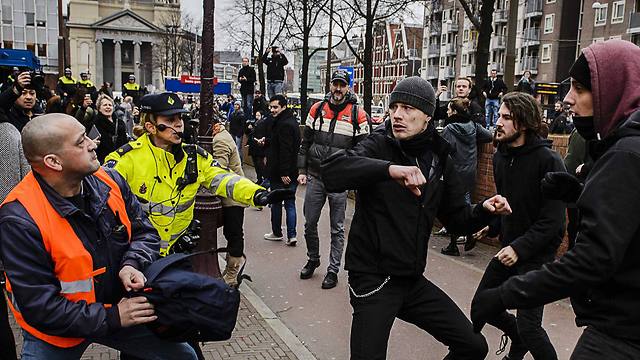 PEGIDA members scuffle with counter-protesters in Amsterdam, the Netherlands on Saturday (Photo: EPA)

Dutch riot police detained several people as officers on horseback intervened to separate the two groups of demonstrators. It was not immediately clear how many people were detained. 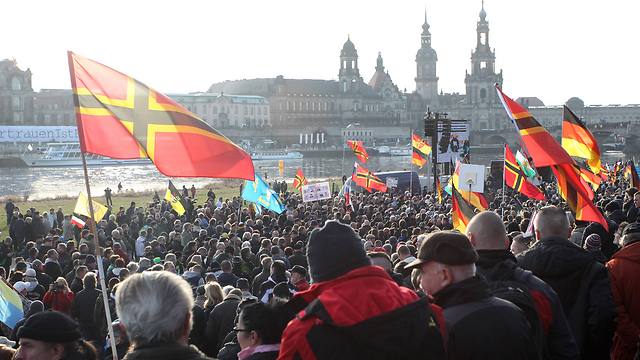 In the northern French city of Calais, police dispersed a rowdy anti-migrant protest with tear gas after clashes with protesters and detained several far-right demonstrators. 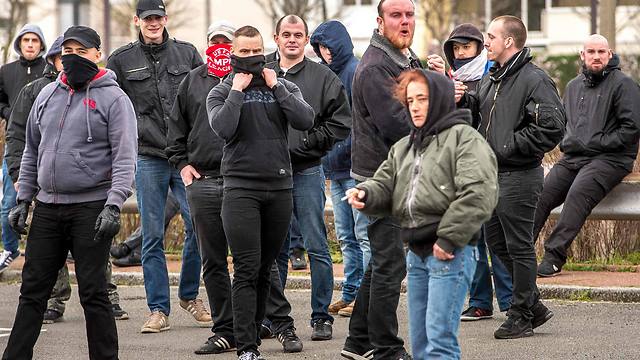 PEGIDA supporters at a banned rally in Calais, France on Saturday (Photo: AFP)

Around 150 militants from the anti-Islam, anti-immigration group PEDIGA gathered Saturday chanting slogans like: "We must not let Calais die!" 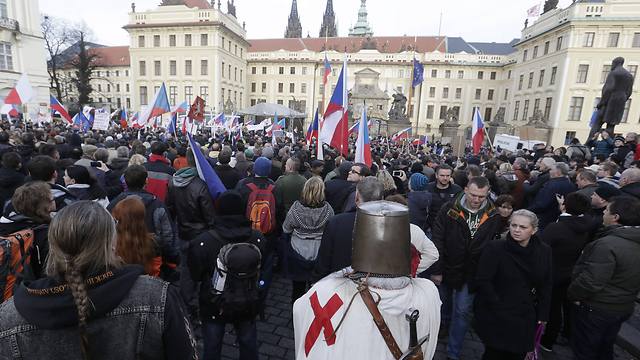 In the Czech Republic's capital Prague, thousands rallied against Muslims and immigration. Czech police later said that unknown attackers set a refugee center on fire in Prague, injuring one person.

Spokeswoman Iveta Martinkova saidabout 20 people attacked the Klinika center in Prague's No. 3 district with Molotov cocktails Saturday about 7:30 p.m. She said it was not clear who was behind the attack and police are investigating.

Calais has been a focal point for migrants who want to slip into Britain via the Channel Tunnel. Several thousand have been living there in slums for months. 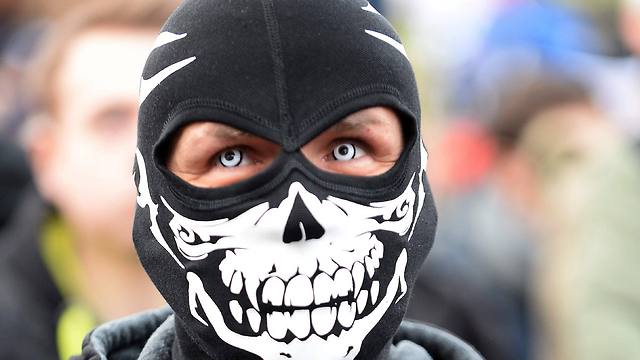 PEGIDA, whose German acronym stands for 'Patriotic Europeans against the Islamization of the West,' has become a magnet for far-right and anti-immigrant sentiment since it was founded in Dresden two years ago. After a drop in attendance last spring, the group saw a rise in support from people angered by the unprecedented influx into Europe of refugees from Africa, Asia and the Middle East.

Aside from its nationalist and anti-Islam stance, the group has also sided strongly with Russia. Several Russian flags were flown at Saturday's rally in Dresden, along with banners including "Peace with Russia" and "Stop war against Syria."