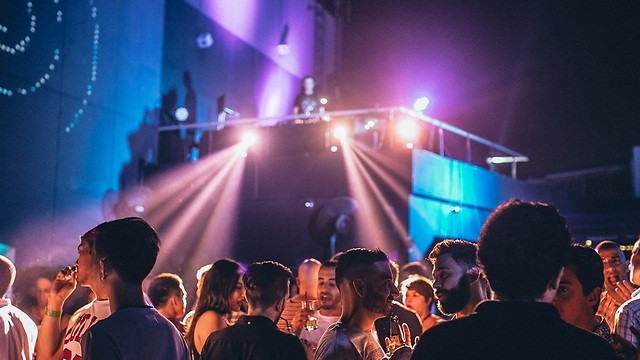 Foreign Ministry launches initiative to expose young Asians to youthful and exciting Tel Aviv culture, including a press tour by 'the Drag Queen of Tel Aviv'.

Asia is largely void of BDS and anti-Israel activity, and the Foreign Ministry has launched an initiative to cultivate a positive image of Israel in  that continent. The idea centers on branding Tel Aviv as an exciting, vibrant place with a strong gay community.

The Foreign Ministry’s Asia Bureau originally planned to fly Moti Saadia and Daniel Mariuma, two gay, Israeli DJs to Singapore to host a Tel Aviv-themed dance party. However, the Singapore dance party never came to fruition, but the Foreign Ministry later sent the two deejays to Vietnam, India, and China to host free parties in local clubs. The parties featured dancing, short clips about Israel, a lottery for a plane ticket to Israel, and free shirts and pins.

Following the successful dance parties, the Foreign Ministry recruited Kai Long, known as the Drag Queen of Tel Aviv, to join the two deejays on another public relations tour in the Philippines and Thailand. Together, the three Israelis appeared on a television program and were featured in local newspapers.

Kai Long, who stands two meters tall, spoke positively of her experience: “This is a very important mission for me, “When I returned to Israel, thousands added me on Instagram and Facebook, proving that we made a lasting impression and left them with a taste for more.”

Yaniv Revah, an advisor in the Foreign Ministry’s Asia Bureau, also commented on the public relations initiative: “It is much easier for us to bring Israeli music to Asia compared to Europe. And it is important for us to reach the young people who do not know Israel as a place of excitement and young spiritedness.”