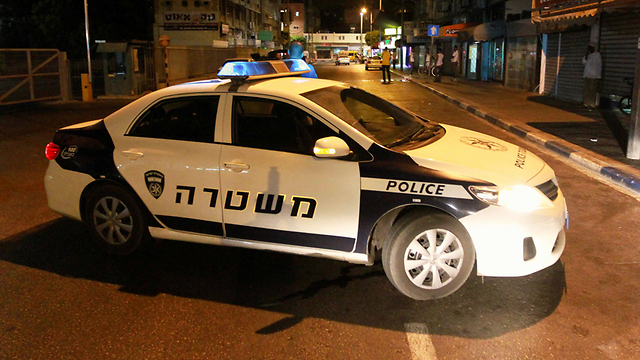 Suspects allegedly assaulted the taxi driver, swearing at him and breaking his glasses, because of his ethnicity; only one of the suspects has been arrested.

A 20-year-old Jewish resident of Jerusalem was arrested on Satuday morning on suspicion he attacked an Arab taxi driver.

The alleged attacker is suspected of damaging property and perpetrating a hate crime. Two other passengers who allegedly participated in the attack have yet to be caught, but their identities are known to police.

On Saturday morning, five friends headed back to Jerusalem from an outing in Tel Aviv. When they arrived at the International Convention Center station in Jerusalem, they split up into two groups and hailed two taxis to Beit Shemesh.

The three suspects entered a taxi driven by an Arab. The three allegedly started cursing the driver because of his Arab identity, which prompted the driver, who was afraid for his safety, to return to the International Convention Center and ask the three to exit his taxi without payment.

At this point, one of the suspects turned to the driver and demanded NIS 20 for a cigarette he gave him. When the driver refused, the suspect assaulted him, breaking his glasses, and then continued his verbal attack of the driver and another taxi driver that drove by, before fleeing the scene with the two other passengers.

The friends that were in the second taxi were detained but not arrested because they did not participate in the attack.

The suspect was brought on Sunday before the Jerusalem Magistrate's Court, where police asked to extend his remand by five days, but the judge decided to free the suspect on the conditions that he pay bail and cut off all contact with others involved in the incident.

The suspect’s lawyer from the Public Defender’s Office comfirmed his client was in the taxi, but said there is no evidence that he attacked the driver. “His version of the story is that he did not attack the driver. The police don’t have hard evidence that he participated in the attack,” the lawyer said, calling on the court to put his clint on house arest instead.

Judge David Shaul Gabai Richter partially accepted the defendant’s argument and noted that there is uncertainty as to which passenger attacked the driver and broke his glasses.

He said, “According to the evidence presented by the driver, the suspect cannot be convicted of assault. There is no doubt in my mind that the suspect and the driver exchanged words, and the defendant may have played a part in the damage caused, but not in the attack.”