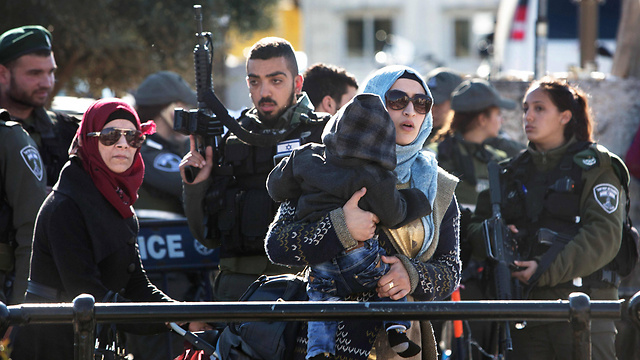 Indyk: Two-state solution may be dying on Obama's watch

Obama's former special envoy for the Israeli-Palestinian negotiations Martin Indyk stated that the US President and the Secretary of State are seriously concerned that the two state solution will no longer be possible.

Martin Indyk, Obama's former special envoy for the Israeli-Palestinian negotiations, stated recently that "there is a real concern on the part of the president and the secretary of state that instead of achieving a breakthrough to a two-state solution, the two-state solution will die on their watch."

He added that "in the absence of negotiations, actions on the ground are making it more and more difficult to see how a two-state solution could be achieved."

A two-state solution long seen as the most internationally acceptable outcome envisages a Palestinian state on most of the West Bank and Gaza Strip, lands Israel captured in a 1967 war, and an Israeli state that absorbs some of the settlements Israel built on occupied land in return for mutually agreed land swaps.

Borderpolice officers after a stabbing attack at the Jerusalem's Damascus Gate (Photo: AFP)

Such a solution appears remote because of ongoing Jewish settlement building; a split between the Palestinian Fatah and Hamas factions; preoccupation within the Palestinian Authority about who may succeed 81-year-old President Mahmoud Abbas; and a wave of Palestinian stabbings, shootings and car rammings of Israelis.

Current and former U.S. officials have warned that a failure to break the impasse could lead to greater conflict and that continued occupation of Palestinian land puts at risk Israel’s character as a Jewish and democratic state.

One possibility under discussion is to issue an outline of a deal to end the nearly 70-year-old conflict on such matters as borders, security, the status of Jerusalem and the fate of Palestinian refugees.

Such an outline could range from a brief description of core tradeoffs the two sides might need to make to a detailed set of "parameters" like those that former U.S. President Bill Clinton laid out for the parties in late 2000.

Under one scenario, the outline could be enshrined in a U.N. Security Council resolution to give it greater international standing for a future U.S. president or the parties whenever they might resume peace talks that collapsed in April 2014.

"It's one of the ideas that they are talking about," said a U.S. official who spoke on condition of anonymity.

Resorting to a U.N. resolution would require a major shift in long-standing U.S. policy, which has mostly opposed use of the United Nations as a forum for pressuring Israel. The United States has repeatedly insisted it is up to the two sides to directly negotiate over their differences.

Another possibility would be for U.S. President Barack Obama to make a speech laying out his principles for a settlement.

U.S. officials have no expectation peace talks will resume before the end of Obama's term in January 2017 and they played down the odds of any quick decision on how the White House might help preserve a two-state solution.

"People in the government are asking the question what can we do to keep the two-state solution alive, and they’re generating ideas," said a senior U.S. official.

The ideas had not yet risen to senior White House staff and Obama is focused on other issues including Islamic State, Iran and Cuba, the officials said.