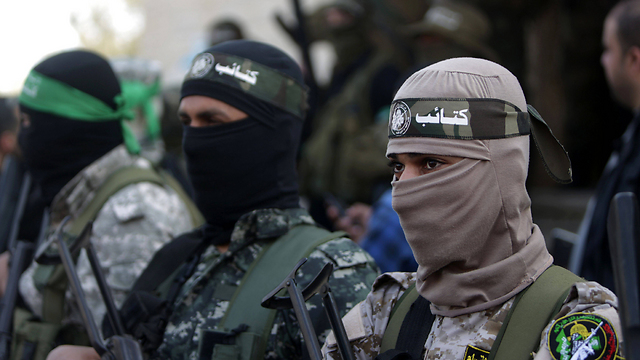 Op-ed: We need to reject unrealistically simple solutions and boost employment, investment, living standards, and more to at least mitigate the hatred and perhaps reach the point where we can say goodbye.

Seemingly, there is no slogan more attractive than one word: farewell.

We will establish high walls and fences, install cameras, we will became Jewish and democratic. How simple. One fine day we will pack up the occupation, drive in a convoy to the Israel of 1967, and close the gate behind us. Like the withdrawal from Lebanon in 2000. We will close the gate, drown our memories in films full of heroism and sadness, and later forget.

Maybe it was simple in the first year or two after 1967. Today, it is not simple at all. The occupation refuses to end: it has its own ways to pursue the occupier and demand payment. When Ariel Sharon decided to leave Gaza, he believed that leaving exempted Israel from any responsibility for the Gaza Strip and its residents. So he was careful, against the advice of the military leadership, to evacuate the northern Gaza Strip and the Philadelphi Route.

Israel withdrew from Gaza, but Gaza never left Israel. It continues to concern us as a military and political problem. We are the lifeline of Gazans, we are their prison. And every two years we have to go on a military action that destroys Gaza to the ground.

A group of retired senior officers, full of good intentions, contacted Haim Ramon in an effort to persuade the Israelis to give the Arab villages around Jerusalem Palestinian sovereignty. Ostensibly, they are right: these 200,000 Arabs in Israel were annexed erroneously. But after 50 years, the mistake has its own life. These Arabs work and earn their living in Israel. If you lock the gate, they will find a way to get under it or over it. And like illegal aliens, they will do it at times with a knife.

There is no way politically to leave the West Bank, because the West Bank is full of hundreds of thousands of Israelis who call it their home. All these Israelis have relatives and friends. Only a traumatic event, a major disaster, will lead to separation. There is a reality that apparently cannot be changed by an election. Israel should have adopted the Palestinians as a project.

Netanyahu wants to solve the problems of Africa. That's nice, but our problem is here, not somewhere in Africa. Employment, investment in the economy, raising living standards, are some the things we can do to at least mitigate the hatred, bitterness, and terror, and perhaps even help us reach the point where we can say goodbye.

I have known the Damascus Gate in Jerusalem fof 49 years. It was never as clean as it is today. The stone steps wherehaberdashers sold their merchandise are empty now. The women who sold various spices have been driven away, as have old people sitting smoking a cigarette, along with the tourists. Municipality workers washed the blood stains left in previous terror attacks and pulled the cigarette butts out of the stones.

The attack occurred in the morning, up the street. Two young Palestinians were armed with homemade guns and went on a shooting spree in their car. The police killed them near the New Gate, in front of the Monastery of Notre Dame. After a short time, the steet returned to life: like in a science fiction film, Jerusalem contains a few parallel universes. The Arabs are in theirs, the tourists are in theor own, the ultra-Orthodox are in theirs, the police officers, the insane, those with Jerusalem Syndrome, all have their own. None collide with another.

Contrary to my expectations, on a recent visit there were quite a few tourists in the alleys of the Old City. They were all pilgrims: They moved in large groups among the Christian sites, listening to the guides. The few young folks, who once occupied the hostels within and adjacent to the walls, were gone. Perhaps the heavy police presence scared them.

The police do not move around alone. A uniformed police officer who goes alone, or even a soldier, endangers his or her life. This was the first lesson from the current intifada. The police move in groups, usually four or five, but sometimes only two. There is almost no contact with the population.

In the Christian quarter, not far from the Church of the Holy Sepulchre, I encountered ten preschoolers with peyot on a trip. Two young women - presumably kindergarten teachers - led the column. The guard closed the gate.

Besides the policemen and Orthodox children, there were no Israelis in the Old City. The Israelis have disconnected. I went into Lina. Lina is the most famous hummus restaurant in Jerusalem. My colleague Yehuda Litani, who is a leading authority on hummus, crowned it the queen of humus, and who am I to argue?  It was 1:30 PM and the restaurant was empty. Even the branch that had, in better times, opened across the street was empty.

"What's going on?" I asked the owner.

"Everything is dead," he said. "There has been no work for seven months. No Israelis, no tourists, no Arabs."

"Only the neighbors from the street," he said. "This is what's left." When he opened the cash register, I saw almost no cash.

He smiled a bitter smile. "Who will buy from an Arab?" He raised his right hand and placed it on the table in his heart. "The heart," he said. "Not good in my heart." But a nearby store, where shoes are sold, claimed that everything was fine. In the morning he had sold a pair of sandals to an officer.