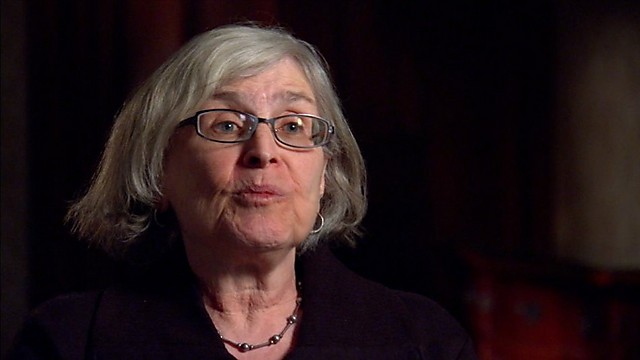 Jews from various communities around the globe voice a multitude of opinions about Israel in a project called Looking at Zion, an international survey

What do people think about you? This is one of the most existential questions a person faces. When it comes to the relationship between Israel and Diaspora Jews, the question is more complicated: on one hand, there is a historical and religious connection, but on the other, there is a foreignness, which is derived from national, cultural and political differences.

A special project titled Looking at Zion seeks to provide answers to this intriguing question. Dozens of Jews worldwide were asked to answer a questionnaire about Israel and their complex relationship with it. So what do the Diaspora Jews really think about Israel?

Yinon Roichman, who created this project, started it independently and voluntarily. "I am curious how Israelis are perceived from the outside. Often the gaze from outside can reveal what those who are deep in the Israeli reality find it hard to see," he said.

Contrary to the belief that most Diaspora Jews embrace, cherish and view Israel as a fulfilled dream, there are plenty who have criticism to offer, and they are not willing to automatically accept every move Israel makes.

For example, Hasia Diner, a professor of Hebrew and Judaic Studies at New York University, says, “For decades, Israel as a Jewish state played a central role in my Jewish expression of self, but that is no longer the case."

She attributes the change in her position to "the continuation of the Israeli occupation in the '67 lands and the deterioration of democratic values in Israel. These reasons led me to doubt, without a proper solution on the horizon, my ability to stand behind the idea of a Jewish state that pretends to be democratic."

Dale Jeffries, president of the Jewish community in Porto, Portugal, explained, "The Jewish religion is almost 6,000 years old; Israel is only 70. The Jews are the people of the book, not the people of the land. In contrast to widely held views that all Jews belong in Israel, I totally disagree. Hitler and other tyrants would have wiped us out if we were all in one place. Jews are certainly not born loved so being everywhere, leading, achieving, contributing and sharing ideas in all societies is our greatest strength. Judaism can be open arms and minds, not closed fists."

Israel is 'condescending' to Diaspora Jews

The subjects of Reform conversions and Western-Wall accessibility to all streams of Judaism probably interest Israelis less, but they stir up diaspora Jews. Israeli decisions that stand in the way of non-Orthodox streams of Judaism cause a major rift with them.

Rick Jacobs, the president of the American Union for Reform Judaism, attested to this: "It is unconscionable that the Orthodox establishment rules over Jewish life in Israel still to this day. It belies the reality in Israel and among the Jewish people globally. (...) The result of this Orthodox stranglehold is, in fact, that young people in Israel are turning away from Judaism."

Even the culture of "sponging" off the diaspora is criticized across the ocean. Dr. Rachel Friedberg, a senior lecturer in economics at Brown University, said that Israel's policy toward Diaspora Jews is 'condescending. (...) The assumption is that all Jews belong in Israel. Americans are the rich, stupid uncle (though in some cases that is true)."

'I have been very proud'

Red warning lights flash above the younger generation of Jews, which is losing its connection with the Holy Land. For example, Andrew Gordon-Kirsch, a master's student at the New School in New York, said that he feels "less and less" obligated to ensure the existence of the State of Israel: "The deeper Israeli policy digs into a fascist hole, the more hopeless and angry I get, and the more I want to turn away."

Witold Wrzosinski, a Pole who actively works to preserve the country's Jewish heritage, said that Israel has “too much disdain combined with too much encouragement to make aliyah, and too little interest in Jewish heritage."

There are also other voices: Alex Koifman, president of the Russian Jewish Community Foundation, who currently lives in the United States, said, “So far I have been very proud of Israel’s conduct in the conflict with Arabs, including Palestinian Arabs and Arab Israelis."

Roichman added, "Furthermore, I believe that the depth and complexity of the relationship between Israel and the Jewish diaspora give value to their gaze on us. Like it or not, in more ways than one, the fate of the Jews living in Israel and the diaspora are influenced by one another."

Are there elements that surprise you?

"There are two repeating elements that definitely surprised me: The first one is that quite a few interviewees—and more importantly, potential interviewees that I approached—expressed concern and voiced to me openly a fear to openly reveal their attitudes towards Israel with their full names.

"There is something a little odd in that an American citizen, a member of the Jewish community of some city in Texas, for example, is afraid to express his views about a country located thousands of kilometers away, that this might hurt his status in the local community and among acquaintances or in the workplace.

"The second surprising element was the great weight that some interviewees gave to the Israeli-Palestinian conflict as a factor affecting their attitude to Israel."

"In any case," he concluded, "diaspora Jews in general—and in accordance with their relationship towards Israel—is far from monolithic. They have a very wide range of attitudes and opinions. Diaspora Jewry's support for Israel is far from automatic and predetermined. Among many, especially the younger generation, the emotional connection to Israel is small to non-existent. For some of them, it's due to the negative image they have of Israel, and for the other, for the simple reason that they are much less interested in us than we think they are."