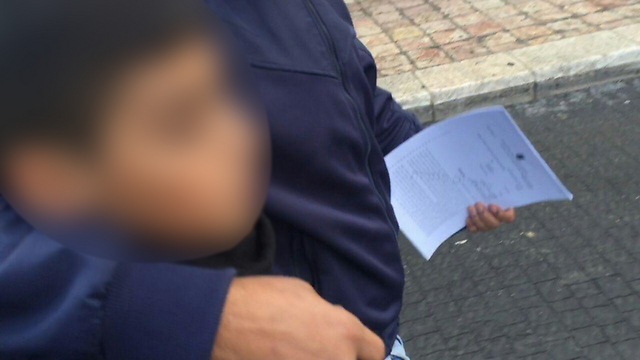 A Magistrate Court ruled that an 11-year-old terrorist, who carried out a stabbing attack on Jerusalem's light rail, will be sent to a Ministry of Welfare supervised residence, since he is below the age of criminal liability. A follow-up hearing will be held in one year.

The Magistrate's Court ruled that the 11-year-old terrorist from the Shuafat refugee camp who carried out a stabbing attack on the light rail train in Jerusalem’s Pisgat Ze'ev neighborhood will be sent to a Ministry of Welfare supervised residence for approximately one year.

The court censored the majority of the ruling's details because the subject has not reached the legal age of criminal responsibility, 12. He perpetrated the attack in November, along with a family relative who is 14 years old.

After concluding his physical rehabilitation treatment at the Hadassah Ein Kerem Medical Center, the young terrorist was sent to a Ministry of Welfare supervised residence, where he can leave for short vacations and his parents can visit him. In a year, the Magistrate Court will hold another hearing on whether of not he needs to stay at the supervised residence, taking into account the evaluations of Ministry of Welfare officials.

The Ministry of Welfare responded to the news, saying, "These matters are under (legal) privilege, and so we cannot comment."