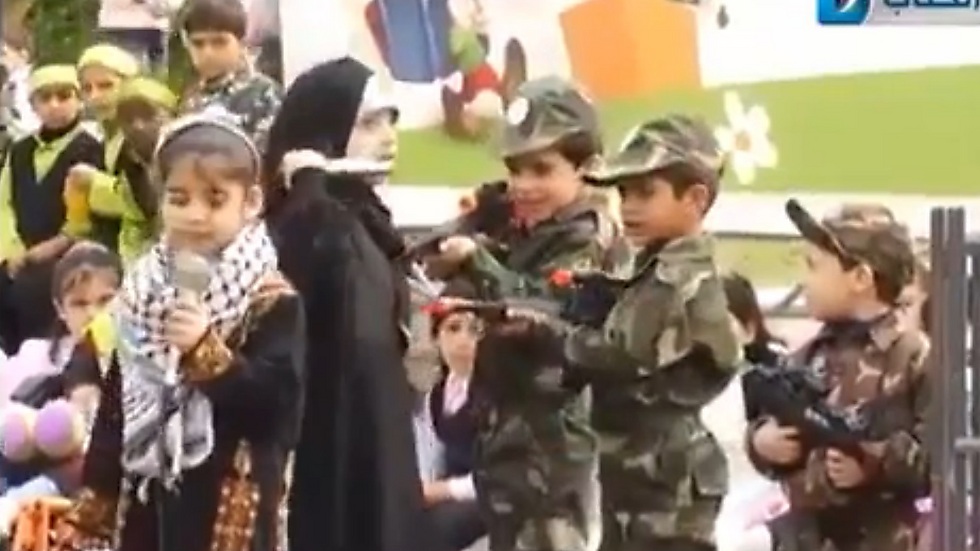 UK Labour leader connected with Interpal, which supported a children's play on Hamas TV that has 8 year olds playing stabbers and snipers.

A girl armed with a knife tries to stab an IDF soldier; a boy dressed as a sniper shoots him as revenge: these images are only some of those broadcast on Hamas's television channel, taken from a children's play that was performed as part of the Palestinian Festival for Childhood and Education in Khan Yunis.

This event of incitement, as reported in the Daily Mail, is paid for in part from the charity Interpal, which is supported by the leader of the UK Labour Party, Jeremy Corbyn. This has been revealed at the height of a storm of anti-Semitism involving the center-left party.

This week alone, two Labour Party members were suspended. The first, Naz Shah, was suspended after calling on social media for Israel to be transferred to the United States. The second, former London mayor Ken Livingstone, was suspended for claiming that Adolf Hitler supported Zionism.

Gaza children in terrorist play
On Thursday, Labour MP John Mann vehemently attacked Livingstone in an unprecedented attack caught on camera. Mann, who heads the All-Party Parliamentary Group against Antisemitism, yelled at Livingstone whilst the latter was entering BBC studios, calling him a "disgrace," a "Nazi apologist" and a "disgusting racist."
Mann-Livingstone confrontation
X

The current wave of troubles is likely to cause additional embarrassment for Corbyn, who has been receiving criticism for not acting aggressively against anti-Semitic elements that have been growing in his party. Interpal, which donated £6,800 to the festival, sponsored a 2013 visit to Gaza by Corbyn and his wife, valued at £2,800. Corbyn even aided the organization in fundraising by participating in video clips and calling its chairman "a very good friend." In 2003, the USA deemed Interpal to be a terrorist organization and claimed that it transfers tens of millions of dollars to Hamas annually. A spokesman for Interpal stated that they did not specifically support the children's play, instead asserting that the organization supports different activities in the Gaza Strip that do not include violence.