Dr. Pullman and his grandson activate the siren 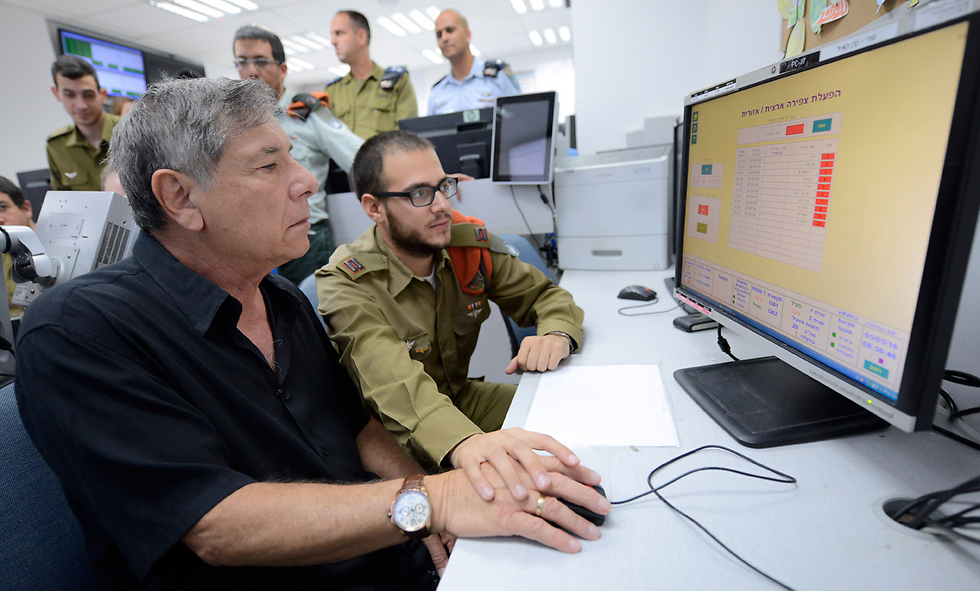 Dr. Ze'ev Hertz Pullman and his grandson, who serves as an operations officer in the IDF Homefront Command, set off the sirens heard throughout Israel on the occasion of Holocaust Remembrance Day.

Holocaust survivor Dr. Ze'ev Hertz Pullman, 75, was chosen to activate the sirens on Thursday in commemoration of the six million Jews murdered by the Nazis.

On Holocaust Remembrance Day in Israel at exactly 10am, sirens ring out throughout the country for two minutes. Everyone stops what they are doing - including driving - to stand for a moment of silence in honor of the victims of the Holocaust.

Dr. Pullman activated the siren with his grandson, Lieutenant David Hertz, who serves as an operations officer in the IDF Home Front Command's command and control center.

Ze'ev was a child during the Holocaust, and was given to his neighbors by his parents who sought to hide him. He was then put in a monastery which served as his refuge for the remainder of the war. After the Holocaust, Dr. Pullman moved to Israel and eventually joined the army.

"I feel as if I've come full circle," Pullman said. "This is a great honor for me to come to where my grandson David serves and activate the siren on Holocaust Remembrance Day. I also feel proud to return to this base, as this is the base I served in myself almost 50 years ago." Operations Officer Lt. David Gertz said "I invited my grandfather to come here today to activate the siren for Holocaust Remembrance Day. I'm really happy to be in the position that I am and to be able to give my grandfather the opportunity to activate the siren on this important day."
Israel comes to a halt as sirens ring in honor of victims of the Holocaust    (צילום :רועי עידן יוגב אטיאס אלי מנדלבאום)
X

Israel comes to a halt as sirens ring in honor of victims of the Holocaust   (Photo: Roee Idan, Yogev Atias, Eli Mendelblum )

The young officer's job is to manage and direct all of the operations of the command and control center, and to monitor threat warning and identification systems for the purpose of enabling reliable and effective warning. The International Holocaust Remembrance Day is held on January 27, the date in which the Auschwitz death camp was liberated by the Soviet Union. Israel's Holocaust Remembrance Day, meanwhile, is meant to coincide with the anniversary of the Warsaw Ghetto Uprising, which falls on the 27th of the Hebrew month of Nisan, and is eight days before Israel's Independence Day.