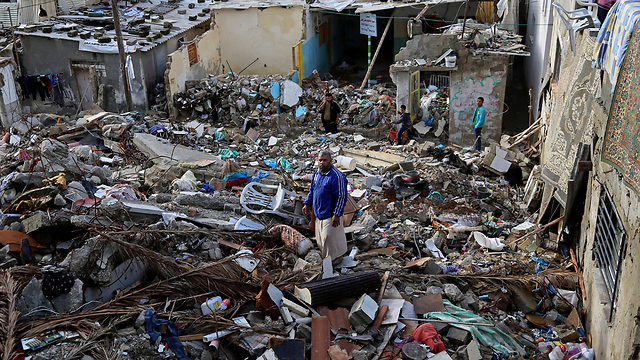 US announces $50 million aid program for the Gaza Strip

The money will be used over five years to provide humanitarian assistance and create jobs in the enclave; US Agency for International Development in partnership with Catholic Relief Services will be responsible to distribute money.

The United States on Monday announced a $50 million humanitarian aid program for the Gaza Strip.

US officials said the money will be used over five years to provide basic humanitarian assistance and create jobs. It will be distributed by the US Agency for International Development in partnership with Catholic Relief Services.

The US Consul General in Jerusalem, Donald A. Blume, said the effort is meant to address "the dire needs that are obvious in Gaza."

Gaza's economy has sharply declined since the Islamic militant group Hamas took over the coastal territory nearly a decade ago. Unemployment there is estimated to be over 40 percent.

The US considers Hamas a terror organization and has no official relations with the group.