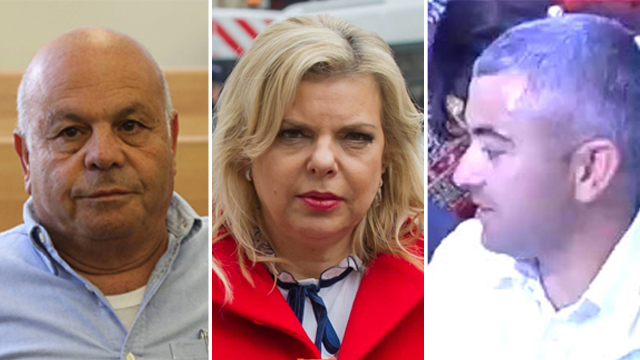 The Israel Police have announced that they have finished their investigation into irregular spending at the prime minister's official and private residences.

According to a police spokesman, "The investigation began in February 2016 with the approval of the attorney general and the state attorney. It focused on a few subjects from which suspicion of criminal acts arose which included suspected fraud and breach of confidence."

"At the conclusion of the investigation," the spokesman continued, "all the alleged evidence, findings and insights that were gathered were transferred to the Jerusalem District Attorney's Office…for examination and a decision."

Other senior police officials pointed out that "During the investigation, evidence came to light against the prime minister's wife, Sara Netanyahu, the deputy director general of the Prime Minister's Office, Ezra Seidoff, and Avi Fahima, an electrician."

Following the police announcement, the Netanyahu took to the prime minister’s official Facebook page to publish their response:

“In the police announcement there was no suggestion of prosecuting Mrs. Netanyahu," the post read. "Contrary to what was publicized, Mrs. Netanyahu did not commit any crime whatsoever. The various claims which were published in the media turned out to be baseless as was the case with all claims made against the Netanyahu family over the years."