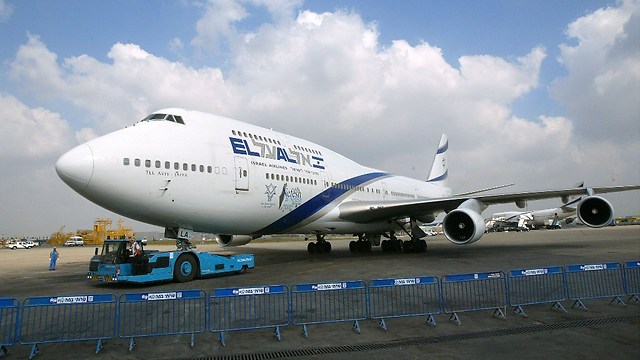 New Euopean-Israeli deal to introduce optimal flight and landing times and save millions of dollars caused by delays; Minister of transport: 'unprecedented achievement for Israeli aviation.'

The number of delays are forecast to dramatically decrease following an agreement which will see Israel become an official member of ‘Eurocontrol,’ a European organization which works to improve safety and air traffic navigation on Thursday.

The agreement comes after years of Israeli attempts and after it finally received the unanimous approval of the 41 member states. The only difference will be that Israel will not have the right to vote.

Delighted with the new development, Udi Bar-Oz, the deputy executive officer of operations at Ben-Gurion Airport, has compared the significance of the deal to Israel joining the Euro soccer league.

Israel’s entry will mean that the state will receive the benefits received by European airlines including better flight navigation management to and from Israel along with better flight slots for departure and landing flight times to and from Israel. Eurocontrol will also allow for a shorter departure and landing time, thereby reducing flight delays.

The European Union and Israel have been engaged in low profile discussions years in pursuit of seeing Israel become a fully-fledged Eurocontrol member. With the exception of Morocco and Israel, all members of the organization are European.

While this time all 41 members consented to Israeli membership, most years have been characterized by opposition. Minister of Transportation and Intelligence, Yisrael Katz said, “The agreement is an unprecedented achievement for Israeli aviation.” In his opinion, the the signing of the deal represents the most important agreement to have taken place between Israel and the EU, and pointed out that 95 percent of air movement to and from Israel passes over European airspace and over Cyprus.

“The agreement will enable Israel to, first and foremost, enjoy a variety of new aviation services offered by Eurocontrol; advanced air traffic systems and safe and efficient management, the management and publication of aeronautical information and the use of other systems and utilities,” Katz said.

“Moreover, the agreement will give Israel a direct connection to the European management center of the sky. As a result delays will be drastically reduced on flights from Israel to Europe.”

According to calculations that were done by the Federal Aviation Administration (FAA),the economic damage caused by every minutes of delay amounts to $102. According to a Eurocontrol report, the daily accumulated average of delays at Ben-Gurion airports is 482 minutes, or eight hours. This incurs a monthly cost of $1.5 million.