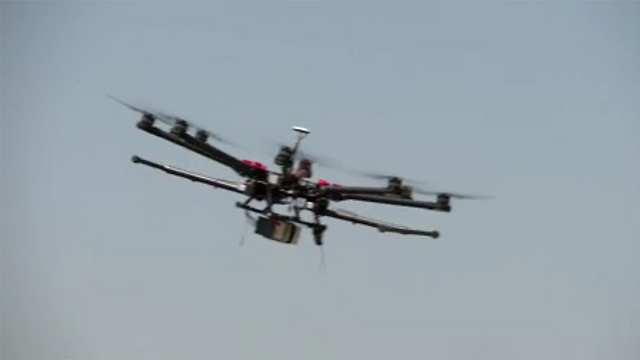 A new system for drone detection, identification and flight disruption developed to counter the dramatic increase in recent years of small drones which pose a threat to critical infrastuctures.

The IAI said that it has recently begun to sell this system to some customers, after it was also successfully tested in scenarios of simultaneous drone attacks.

The Drone Guard is also intended for civilian applications. If the customer wishes, it would be possible to defend against intrusion of drones into private areas. Recent sales have been related to protection of strategic assets.

“The use of small drones has increased dramatically over the years, making them a potential threat to critical infrastructures, other aircraft and homeland security due to their small size, low speed and low flight altitude. These drones may be used for a number of reasons, including hostile purposes such as intelligence gathering, smuggling, or as weaponized platforms,” IAI stated.

The IDF considers drones a threat which is still in its infancy but one that is nonetheless growing. Therefore, the response to it is still being developed. Both Hezbollah and Hamas have drone capabilities, and the organizations used them during the Second Lebanon War and Operation Protective Edge respectively.

Hezbollah drones flown into Israel were intercepted by Israel Air Force aircraft in recent years. A few weeks ago, a shipment of drones to Gaza equipped with quality cameras suspected of being designed to gather intelligence on IDF forces was stopped from falling into Hamas or other terror groups' hands.

According to defense establishment estimates, Hamas and Hezbollah will use drones to try to achieve psychological gains in the form of photographing Israeli territory or military bases, and not operational achievements such as a crash on an Israeli target due to the limited ability of drones to carry explosives.

The Drone Guard is based on the ELM- 2026 family of radars meant for short (10km), medium (15km) and long (20 km) ranges, has special drone detection and tracking algorithms, and is fitted with Electro-Optical sensors for visual identification of the target.