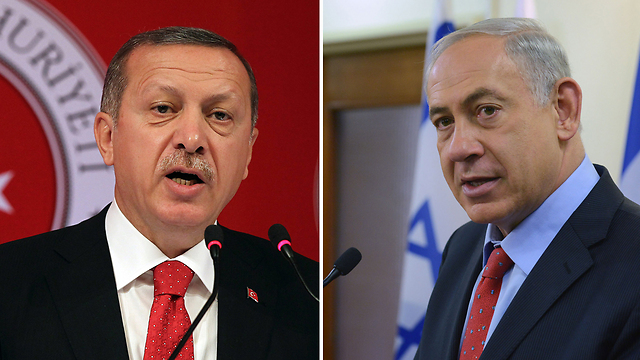 As state leaders from both Israel and Turkey prepare to give their official announcements of the deal, calls of joy, congratulations and schadenfreude are heard from different diplomatic officials.

On Monday, Israel and Turkey are due to officially announce their reconciliation six years after the Marmara flotilla incident from 2010, wherein IDF soldiers were attacked for commandeering the vessel before it entered Israeli territory, during which nine Turkish citizens were killed. The announcement will take place simultaneously, with Prime Minister Benjamin Netanyahu holding a press conference in Rome and Turkish Prime Minister Binali Yıldırım to hold one in Ankara.

Prior to the press conference, Turkish President Recep Tayyip Erdoğan had called Palestinian President Mahmoud Abbas, who expressed his pleasure at the agreement. A top Turkish official described the deal as “a diplomatic victory” to Turkey, this despite the fact that it did not manage to convince Israel to lift the blockage off Gaza. However, Turkey will be allowed to transport humanitarian aid to Gaza, develop its infrastructure (which will include building hospitals and housing), and provide the Gaza Strip with water and electricity.

Turkish President Erdogan and Netanyahu (Photo: AP, Kobi Gedion/GPO)
US Vice President Joe Biden’s Office issued a statement saying that Netanyahu called to thank Biden for his support during the talks with Turkey. Biden congratulated him on moving with the agreement and noted the security and financial advantages that such a bond would hold for both countries and the Middle East at large.

Gabi Levi, who was the Israeli ambassador to Turkey at the time of the Marmara incident, referred to the agreement on Monday by saying that “It would have been preferable to have settled this crisis years ago, as all the parameters of this agreements were already known, but better late than never. The reason for the delay was simply two national egos, something that is widely known and well-accepted. But personal matters aside, both countries have clear interests to maintain a good and tight relationship with one another, and I am afraid it is going to be some time before we can go back to close bond that existed before the different crises arose.”


פרסום ראשון: 06.27.16, 11:57
commentsend to friendshareshare
See all talkbacks Close all talkbacks
new comment
Next
Previous
Warning:
This will delete your current comment
cancelOk