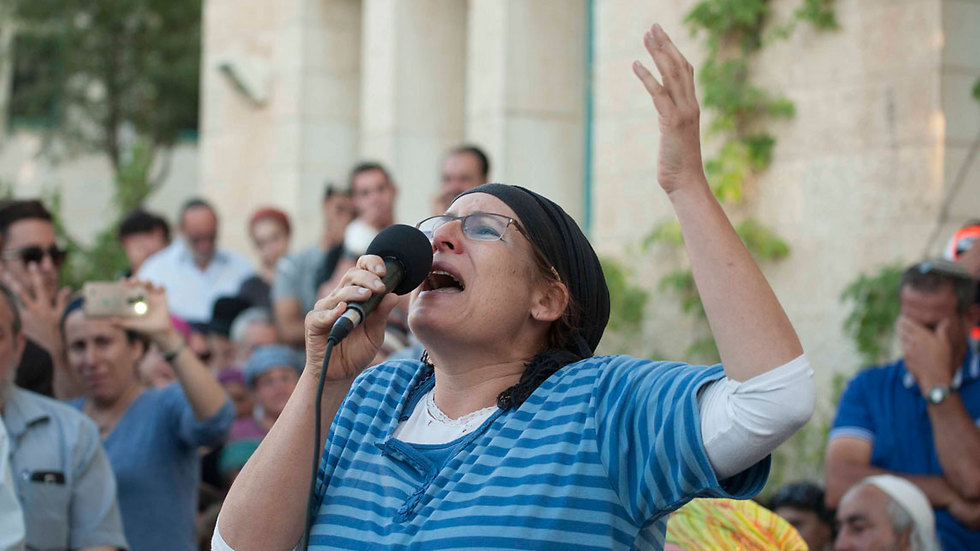 Rina Ariel, whose daughter Hallel was murdered in her bed by a terrorist in June, asked to be allowed to give a short ceremony with 250 supporters on site; ‘Recently,’ said Rina. ‘200 thousand Muslims performed a mass prayer at the site. Would a Jewish group comprised of a tenth of that number not be allowed to convene there for a single hour?’

Rina Ariel, the mother of 13-year-old Hallel Ariel who was murdered late June by a 17-year-old terrorist, has asked Prime Minister Benjamin Netanyahu to allow her, her family and a goup of their supporters to visit the Temple Mount this upcoming Tuesday, where they wish to conduct a memorial ceremony in honor of her daughter.

“I am allowing myself to send you this urgent message,” Ariel wrote the prime minister. “Even as you are busy with your diplomatic work in Africa, as I excuse myself based on blood, the blood of my daughter Hallel, who was murdered in her own bed.” Rina explained what the site means to them, saying that “We and Hallel have always felt a deep connection to the Temple Mount. We visited it and will continue to do so, as we believe that it is the house of God, and that it gives strength and life to each and every house in Israel. And as it is only from there that all deficits can be filled, it is only from there that we will receive any sense of solace. For this reason we are asking to perform the mitzvah of visiting the Temple Mount and praying there for the ascent of Hallel’s soul this coming Tuesday, with 250 people who have pledged to join and comfort us. It is very important to me that the event be coordinated with the police and not carried out in any manner of confrontation.”

Rina Ariel (Photo: Yoav Dudkevitch)
Representatives of the Ariel family met with Jerusalem District Commander Police Chief Yoram Halevi last Wednesday, in an effort to organize the event. The police suggested that the family hold the gathering at the Temple mount’s northern gate instead of at the Mughrabi Gate that stands closer to the Al-Aqsa Mosque. The family agreed, but the police still requested Netanyahu’s final approval on the matter, which is why Rina Hallel decided to write to him herself. “I am asking you now to make an exception, due to Hallel’s horrifying murder, and to grant us this event. Please do not divide us into groups, but allow all 250 of us to stand together at the Temple Mount. I would like to give a short speech there, as would a few others, in what would amount to no more than one hour’s time.” Ariel stressed that “Just recently, 200 thousand Muslims performed a mass prayer at the site. Would a Jewish group comprised of a tenth of that number not be allowed to convene there for a single hour?” The Prime Minister’s Office has yet to issue a statement in response to the Ariel’s request.