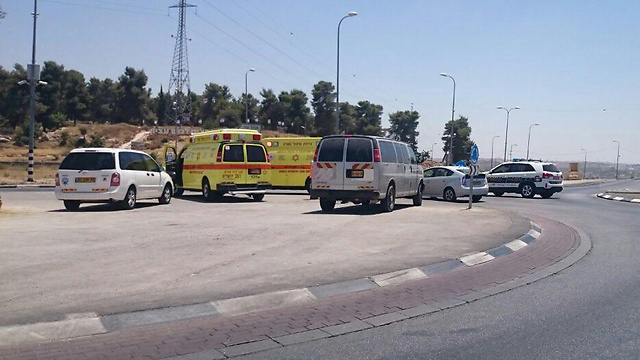 Two Israeli soldiers were wounded in a stabbing attack in the Hebron region close to Gush Etzion Monday during a routine patrol of Route 60 between Hebron and Gush Etzion outside of El Arub refugee camp.

The Palestinian terrorist approached his two targets and then began stabbing them with a screwdriver. He also also had a knife in his possession. Both soldiers, belonging to the Heruv regiment of the Kfir battalion, were left in light condition and evacuated to Hadassah Medical Center in Jerusalem.

Gush Etzion Junction, close to the site of the attack (Photo: TPS)

One of the wounded soldiers was able to shoot the Palestinian terrorist who was then taken to Jerusalem's Sha'are Zedek Medical Center in critical condition. He was pronounced dead hours later.

El Arub falls under the authority of the Heruv regiment, which was patrolling around the pillbox at the entrance to the refugee camp to prevent Palestinians from throwing rocks at vehicles travelling along the highway.