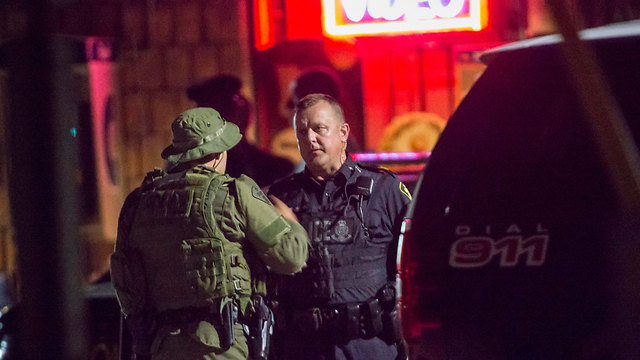 Aaron Driver, the 24 year old killed in a police raid in Ontario, planned to carry out a terror attack by detonating a homemade bomb in a major urban center, Canadian Police revealed. ISIS officially took responsibility for Driver's actons and announced that he planned to commit the attack on behalf of the organization.

According to police, Driver, whom they had attempted to arrest in the small town of Strathroy, about 225 kilometers south-west of Toronto, had already managed to film a martyrdom video to be shown after carrying out his suicide attack. Police raided his home after being tipped off about his plan and receiving word about the video from US authorities.

Terrorist killed during raid in Canada

According to police, Driver died after detonating an explosive device in the backseat of a taxi when police approached him. They could not confirm whether he was killed by the explosion or the exchange of gunfire with them.

The video, which was shown by police during a press conference, shows a man in a facemask reading verses from the Quran, talking about crimes against Muslims and promising to carry out an imminent attack on a city in Canada.

"O Canada! You received so many warnings, we told you what would happen to those who fight against Daesh," Driver is heard saying in the video. The video also indicates that he planned to carry out the attack in the early hours of Friday morning as commuters made their way to work.

Driver as shown in his martydom video (Photo: AP)

Driver, who had converted to Islam and changed his name to Harun Abd al-Rahman, is believed to have acted alone. He was arrested last year after openly expressing support for ISIS on social media, but was never indicted. In February of last year, courts restricted his movements and access to computers and social media. Despite this however, he was not placed under constant surveillance.

The incident proved to be Prime Minister Trudeau's first security test since being elected Prime Minister in October 2015. In February of this year, he implemented his campaign promise to cease the Canadian Armed Forces’s participation in combat operations against ISIS. However, he has increased the training efforts of local fighters to combat ISIS in northern Iraq.