The singer's representatives announced a round of cancellations that included two shows in Israel on October 26th and 27th; no indication that cancellations were politically motivated.

Beyonce fans in Israel will be disappointed to learn that the singer's representatives have announced a round of performance cancellations that were supposed to include two concerts in Israel.

"Beyonce's performances, which were supposed to take place in Hayarkon Park in October, will not be happening. Bluestone offices were notified in the last few hours," the Israeli production company announced. "In the announcement we received from the singer's representatives, they decided not to extend the tour and finish according to schedule. The singer will not reach the region, including Israel." 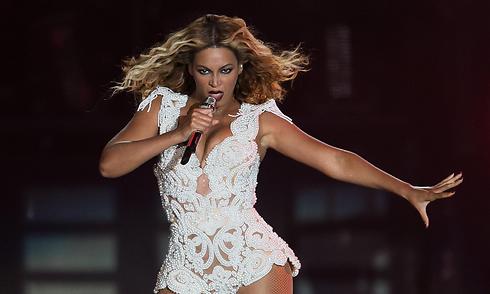 As published by Yedioth Ahronoth, producers Guy Beser and Shay Mor-Yosef, owners of Bluestone Productions, booked Beyonce for a performance on October 26th with the possibility for an additional show. Producers sent an advance payment estimated to be in the amount of over one million dollars to the singer's representatives, while Hayarkon Park was reserved for a week. In addition, producers sent representatives to plan and construct a stage in accordance with the star's demands.

The production company also reached an agreement for ticket sales with Israeli credit card companies and advertisements, which were supposed to begin shortly. A press conference had been planned for next Tuesday to announce ticket sales for the first show.

Beser and Mor-Yosef of the Bluestone Productions company, who worked for a year to produce two large performances and traveled back and forth to London and Los Angeles to finalize arrangements and make adjustments, were disappointed by the sudden change. The advanced payment will be refunded, but expenses related to travel and cancellation fees, including Hayarkon Park, will not be. Despite the setback, the Israeli producers hope to reschedule performances for spring and summer 2017.