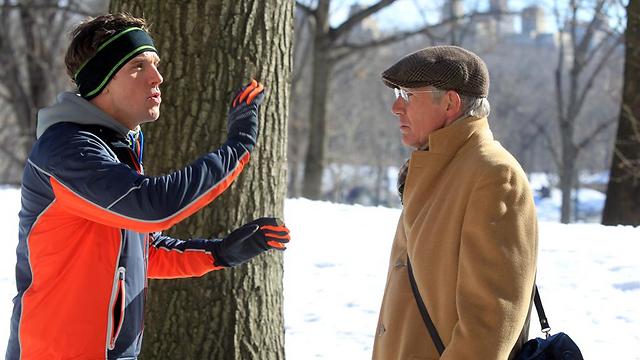 Several Israeli filmmakers to be screened in Toronto Film Festival

The festival's lineup will deal with various aspects and narratives in Israeli society, and feature such Israeli film directors as Avi Nesher, Yosef Cedar, Emil Ben-Shimon, Maya Zinstein and Or Sinai.

Two of Israel's leading directors—Joseph Cedar and Avi Nesher—will be among the Israeli filmmakers who will debut their latest films in the Toronto Film Festival. Cedar's feature is titled "Norman: the Moderate Rise and Tragic Fall of a New York Fixer" and focuses on the fragile friendship between two a small-time business operator from New York and an Israeli politician. The movie stars Richard Gere and the Israeli actor Lior Ashkenazi, and it has already been picked up by Sony Pictures Studios.

Avi Nesher's "Ha'Chataim" (the Sins) chronicles the journey of two sisters to Central Europe in the hopes of uncovering the secret of their father, who had survived the Holocaust. The film is based on the real-life story of sisters Ella and Shosh Milech.

Emil Ben-Shimon's film "Yismach Hatani" tells the story of a group of religous women who decide to fight a charismatic new rabbi who enters their neighborhood who works to marginalize their place in society.

Documentary director Maya Zinstein will be presenting her flm "Tehora Laad," which follows two Muslim Chechnian soccer players who joined the Beitar Jerusalem Football Club in 2013, under the protests of many of the team's fans, who were opposed to having a Muslim on

From the film "Anna" by Or Sinai
X

From the film "Anna" by Or Sinai

The Israeli short film "Anna" will also be featured in the festival. The film, which focuses on the story of a hard-working divorced woman, has already won the Cinéfondation Award at the Cannes Film Festival.